UncleJaque + Musician in Monmouth, ME 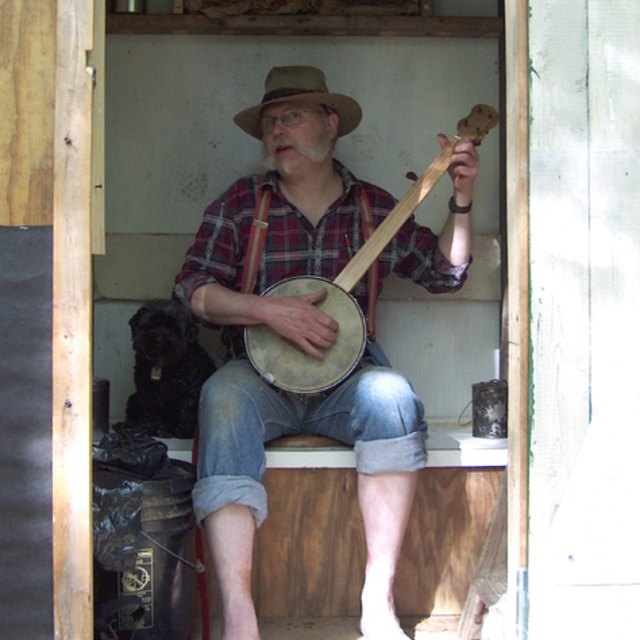 Most of the music I do has been off the top 40 for 150 years or more. I do mostly "living history" expressed through music as an offshoot of my Civil War reenacting hobby.
Collect music from about 1800 through the early 20th century, focusing on the American Civil War period. A lot of the music in my collection is old hymns, chants, spirituals etc.many of which have never to my knowledge been recorded, and many have been forgotten entirely. A lot of it is beautiful, and deserves to be remembered. Since I don't read music all that well I would love to have somebody who does go through my collection to pick out some of the better melodys that might be hidden in there.

Do some "Minstrel" music as an extension of Civil War living history... have to be careful where and to whom we perform that though these days.

For a while I did a lot of "Sea Chanty" and age of sail nautical music when we lived in coastal Yarmouth ME.. Still could if provoked I suppose.

Have written a bit of music - mostly what you'd call "contemporary Christian" I suppose. Have also set some poetry to music.

The Old Ones. Tennessee Ernie Ford; Joan Baez (before she got all political on us and wouldn't open her mouth but to protest something)...

One "modern" acoustic guitar; Yamaha 12-string that I only put 6 strings on to facilitate my finger picking style. Avoid picks. One Victorian "Parlor guitar", gut strung as per the 19th century standard. Made a period replica "choker" (capo) for it that uses a fiddle peg and string to clamp it on to the neck.
5-string banjo; Vega Folkmaster and A replica "Minstrel" hide head gut strung friction pegged fretless banjo. They were tuned 2 and a half steps below modern Bluegrass banjos, were played in the old "stroke" style and have a distinct sound.
Irish tin penny whistle; have several, some of which I made.
Open holed low "G" walnut Celtic flute that I made. "Old Gilead". Tried to replicate it and never could.
Military Bb fife - used in the Third Maine Regimental Field Music (Fife & Drum Corps).
Noodle around with a concertina, but not much good with it. would like to learn from someone who knows what they're doing with it. I don't.