The Gravetones + Band in Lansing, IL 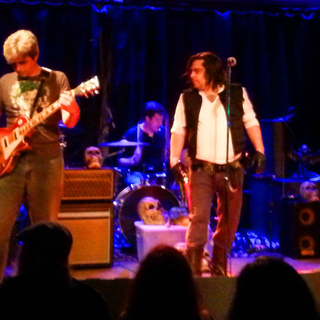 We are a band that digs rock'n'roll. With that being said there are many faces that Rock music has but it's all held together by the fact that it's all rock'n'roll. Our sound is a Hard rock-punk-goth-a-Billy-surf-a-dellic mix. We write our own music and have 2 full length albums (3rd on the way) out along with some discontinued eps. we do some covers, to kinda show where we come from.

we have a bunch of stuff. some we don't use. if you are interested then we'll talk.