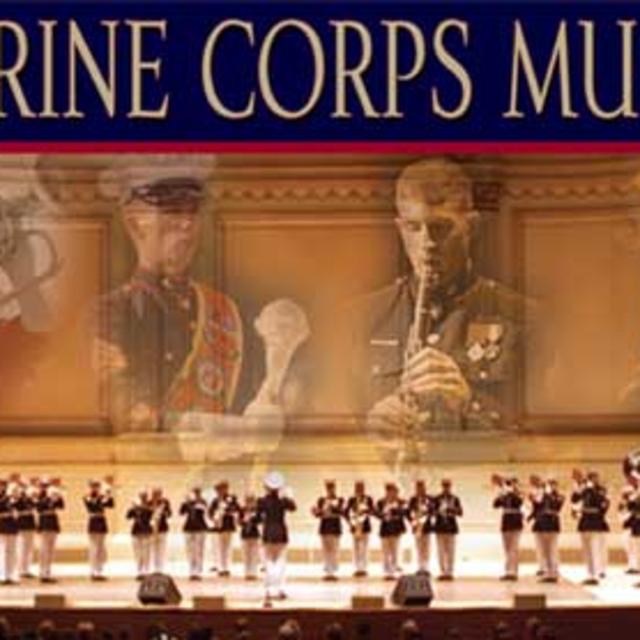 The Marine Corps has 12 Bands across the US, in Japan and in Hawaii. Music ranges from concert bands and jazz, to the President's Own Drum & Bugle Corps and the Top-20 Bands. All Marine Musicians will sit through the Marine Corps' School of Music for six months in Virginia Beach, VA. Steady pay, full medical and dental benefits, 100% college tuition assistance available, and housing included. The few, the proud, the Marine Musicians...

To arrange for an audition, call 516-228-3654. All performers will be expected to play a solo, scales from memory, and demonstrate the ability to site read music.

The United States Marine Band was established by an Act of Congress on July 11, 1798, and is Americaâ€™s oldest professional musical organization. Twenty-seven Directors have led the Marine Band throughout history, the most famous of whom was 17th Director John Philip Sousa. The current Director is Lieutenant Colonel Michael J. Colburn.

Many Marine Band musicians serve for 20 years or more and most hold advanced degrees from the worldâ€™s top music schools. They are chosen at auditions much like those of major symphony orchestras and perform as a part of the Marine Band, Marine Chamber Orchestra, and Marine Chamber Ensembles.

For concerts and official ceremonies, the U.S. Marine Band performs a varied repertoire, including:

During concerts, the Marine Band frequently features musicians in solo performances that highlight their virtuosity and artistry. Concerts are conducted by the Director and Assistant Directors and feature varied repertoire and diverse instrumentation.

Members of the Marine Bandâ€™s professional support staff, including the Library, Recording Lab, Stage Managers, and Stage Crew, as well as the Administration, Public Affairs, and Supply offices also work to coordinate, promote, and facilitate performances throughout the year.

See how it all comes together! View our Formula for a Concert.

Performances by the Marine Band include: