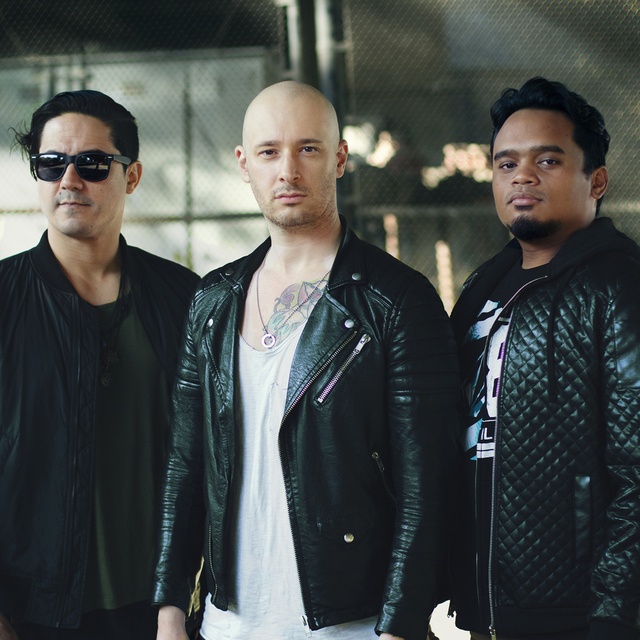 VATTICA is an American alternative rock band from Los Angeles, California. Formed in early 2014, the band quickly built an impressive local following in Southern California, including on the infamous Sunset Strip, performing at legendary venues such as The Viper Room, The Roxy Theatre and The Troubadour. VATTICA’s bombastic and energetic live show caught the attention of Another Century/Century Media Records, who promptly offered the band a recording contract.

VATTICA then set about refining their sound, which quickly coalesced into an arena-ready style reminiscent of alternative chart-toppers such as Muse, OneRepublic, PVRIS, Our Lady Peace and Imagine Dragons.

In 2017 VATTICA finished their debut album, entitled “WE SURVIVE”. At the same time, Another Century was absorbed by RED Music which ultimately resulted in VATTICA deciding to part ways with the label. VATTICA then joined forces with new management and released their first single, “REMEMBER TO BREATHE”, on their own label (Villis) in May 2018.

REMEMBER TO BREATHE premiered on ALT105.3 (KITS) (and has been added to rotation on the station’s local music show SOUNDCHECK), as well as the iTunes “Alternative Music” page.It has also made it into numerous playlists amassing over 200k plays to date across all platforms. The lyric video for REMEMBER TO BREATHE received over 10k+ views on its first day.

VATTICA released their second single, CRIMINAL, in August 2018, which quickly gained over 300k plays across all platforms after being added to multiple playlists, including "Discover Weekly". The music video for CRIMINAL continued to generate buzz as well as some controversy for the band, as the video is highly critical of the Trump administration. Undaunted, VATTICA stuck by the message of their music and CRIMINAL continues to climb.

So far 2019 has seen VATTICA touring on the High School Nation Tour, supporting MORGXN and The Plain White T's, and releasing their current single, WE SURVIVE.

Screen name:
vattica
Member since:
Oct 04 2018
Active over 1 month ago
Level of commitment:
Touring
Years together:
4
Gigs played:
Over 100
Tend to practice:
More than 3 times per week
Age:
21 years

Currently seeking Drummer! Hit us up on our Insta VATTICA

Unicorn pARTy, in honor of Bi Pride month, is a 21+ evening of art, dance, music and revelry celebrating love for more than one gender. Produced by Good Trouble Makers and hosted by Miss Barbie Q, Unicorn pARTy includes inVISIBLE, a dance theatre work directed by Kai Hazelwood featuring recorded stories from real bi+ people, a musical line up of some of LA’s best bi+ artists and bands like VATTICA and Cindy Jollota, and a queer craft market curated by Queerdo by Kiki.