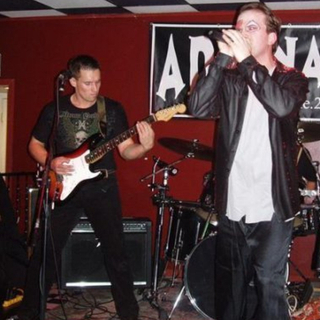 We're looking for level-headed, dedicated people who are interested in something that is very committed but doesn't ask that you ditch your job and gamble on a tour at first chance. The songs here were recorded with just the two of us live at Chris Medina's home studio in 2008 with him as engineer and session drummer. We are also on google+, be where we posted various informal jam videos with various people, and reverbnation where we have some jam recordings of other songs.

We're looking for a 2nd guitarist, bassist, keyboard player, and possibly another drummer.