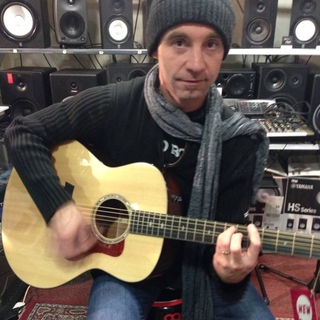 I'm a french musician, playing mostly guitar (since around 20 years), but also keyboards, singing, and occasionnally playing the bass.
I'm composing, but do like also playing covers sometimes.
I have a home studio, using logic pro, to record my own music but also for other musicmates.
I've arrived in Boston 6 months ago. Before I was involved in a band in France (Pepperjelly as a lead guitarist, and side singer). Now I would very much either join a band in Boston area or establish a new one.
My music style is mostly alternative/rock oriented, but I do like a lot of different ones, including funk, R&B, and Jazz.
Looking forward for it.