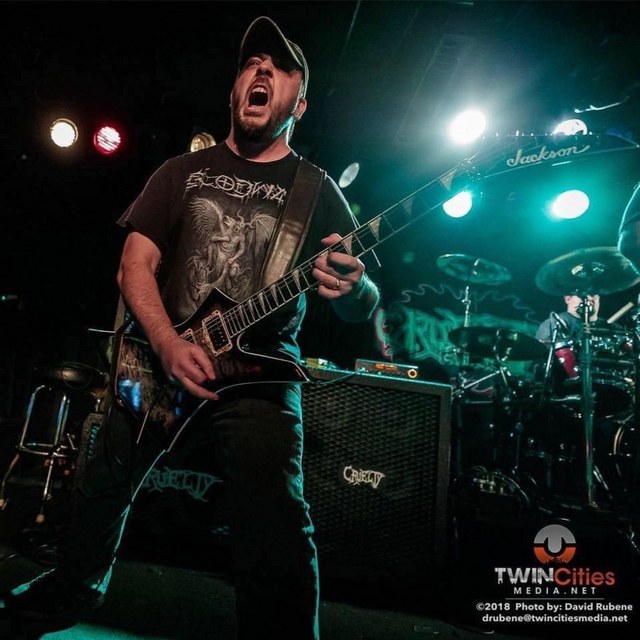 I am originally from France, moved in the US (central Minnesota) in my early 30s.
I am a self taught Guitarist and have been active playing in bands and/or recording and releasing my own music since 1993.
I have been in a band called Kobaloi until we split in 2018. We played a lots of shows in and out state, released an EP and an Album, and have been very active in Minnesota. I have a good experience of writing, recording and performing music, branding a concept and designing visuals for any of my musical projects.
I now have a new project with some ex band member from Kobaloi and POC, another very active band from Minnesota, and we are all like-minded and have the same amount of experience in this.

Mostly Thrash and heavy stuff but also modern Metal and other genre. pretty much anything from the 80's to now...

Kemper Profiler, Jackson and BC RIch Guitars (Drop B and Drop A tuning), 4x12 and 2x12 cabs