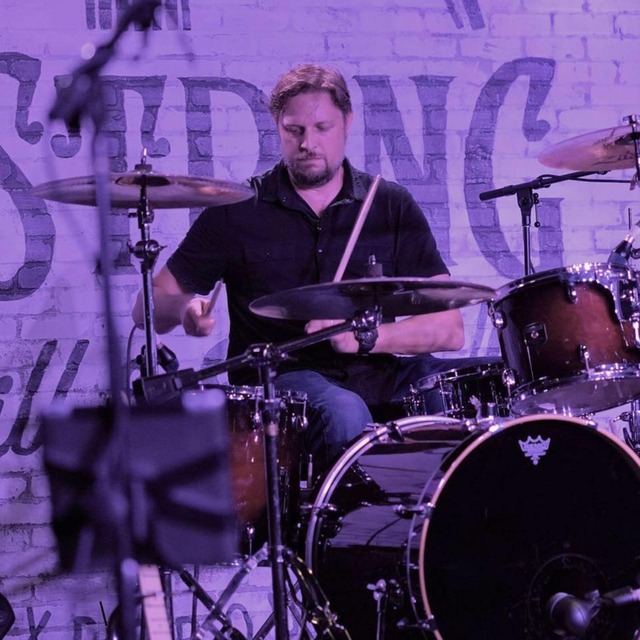 Hello! My name is Don Anderson, a drummer formerly residing in Massachusetts and Rhode Island, now in the Greater Phoenix area of Arizona. I've been playing drums for over 30 years and do some singing and songwriting as well. Primarily, I like to work in the genres of Indie/Alternative Rock, Rock, Singer/Songwriter, Americana, Blues, and my history spans from "Shoe Gaze" Psychedelia and Post Rock to Country and Power Pop. My interests lie mainly in making music that takes you on an adventure sonically, or bleeds sincerity in any form.

I’ve played with many bands and songwriters and have most recently released a 3-song EP called Topanga Side Eye, which is a non-genre specific recording project where I pull from the talents of various amazing players. I continue to build my repertoire under that name through various home studio experiments as well (most are posted here). However, I’m not looking to focus exclusively on work under that monicker.

I have a home studio set up (also happy to work in yours) and can create tasteful, simple tracks to poly-rhythmic percussive soundscapes using both acoustic and electronic percussion. I can also add MIDI synth tracks from a wide palette of sounds if your song needs an extra layer of subtle magic to help build the energy. I’m all about the song and won’t crowd your ears with anything the song doesn’t need (unless you ask me too).

This changes daily, but the usual suspects, of course. Many that most folks have not heard of, but to make this easy, most classic rock heroes, 80's and 90's alt rock, and various film soundtracks. If I’m playing in a band, my perfect Frankenstein of influences would somehow merge and balance the alt-rock psychedelia of Swervedriver and Curve, the power-pop sensibility and feminine energy of Belly, the singer/songwriter versatility of Jeff Buckley, Tom Petty, and Pete Yorn, and the rock and roll fire of Hendrix and Led Zeppelin, with some blues and “space rock” thrown in for good measure. I like to play with musicians who can jam without going too far off the reservation (Take us high, then bring it home!). Sometimes, just the simplest songs work the best too. If you’ve got some roots-country in you too, I’m happy to ride that river as well.

I currently play on a Gretsch Catalina maple kit, Zildjan K cymbals, Ludwig snare, and Alesis electronic percussion. I don't mind walking in and using a studio or house kit, especially if it cuts down on set up time, I do tend to travel with extras. If I understand the mission, I'll do my homework, due diligence, and will come prepared. If I don't have it, I'll go get it (when budgets allow if course). I also have my own small PA setup and can record from my home studio to DAW.