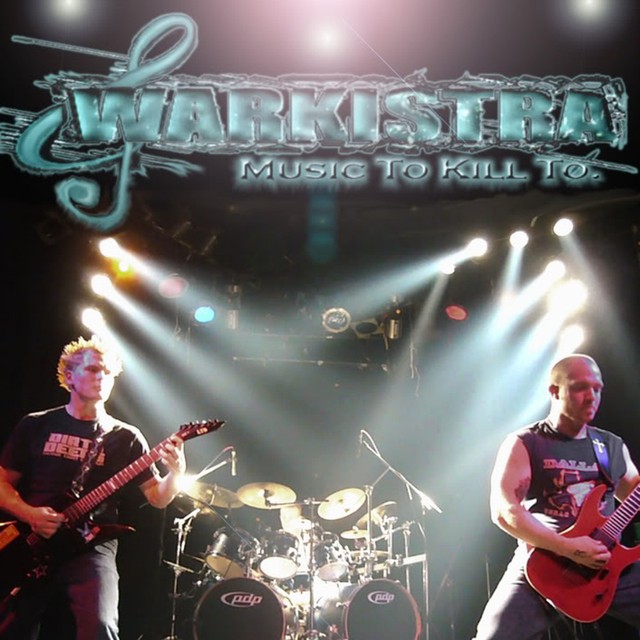 Warkistra (2005 - 2009) "The messengers of hope, truth and survival". A blend of beauty and brutality that founded it's popularity in being dubbed at the time Dallas, TX "Heaviest Metal Band Since Pantera" as put by former 97.1 The Eagle DJ Robert Miguel.

"There's a local band here in Dallas called "Warkistra" and they have a lead singer on and off. When I see them live and they do not have a singer, their instrumental stuff just completely moves you. " -MetalMelissa (via answers)

Warkistra was formed in Dallas, TX in 2005 by founding members Luke Messenger and Chad Dickson. While developing their unique blend of melodic yet thrash guitar riffs in the living room of their 3rd floor apartment, Warkistra found it's heavy influences in such artists as Unearth, Martyr A.D., Killswitch Engage, Norma Jean as well as many other early - mid 2000's metal. While Warkistra made it's name being solely Instrumental band for the first 3 years, there were a handful of lead singers that brought their own flavor to the already frontlining band.

In late 2005, Warkistra found their drummer, Ryan Wisdom, and the triad of thrash was born. At the peak of the band's life, Warkistra went from opening act to headliner in a matter of months for their amazing talent and unmatched stage presence.

While there was a seemingly revolving door of lead singers to grace the stage with the established band, Warkistra being a unique instrumental presence was always where it's hardcore fanbase agreed as the best way to see Warkistra!

Screen name:
warkistra
Member since:
Feb 14 2018
Active over 1 month ago
Level of commitment:
Just for Fun
Years together:
5
Gigs played:
50 to 100
Tend to practice:
More than 3 times per week
Available to gig:
1 night a week
Age:
33 years

Warkistra was influenced by the entire gamut of music.