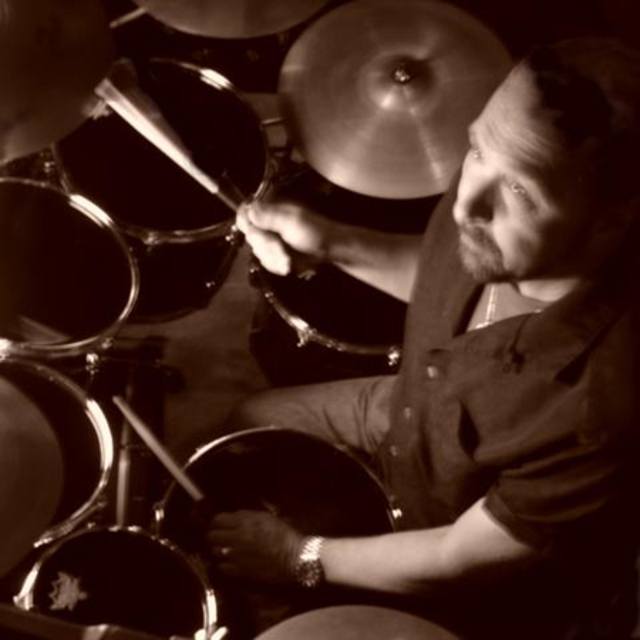 I have been playing my drums for over 50 years. Worked at age 12 with touring band called the Playboys for the Prince Spaghetti Company doing shows to promote their product. Appeared at age 13 at the 1964 NY Worlds fair in the singer bowl and appeared on a TV show called DiscoTeen hosted by Zacherley. Signed with a new manager, Al Aronowitz in 1965. Played in Concert under new band name 40 Fingers in Dec. 1965 with Lou Reed & the Velvet Underground and played a private party for Bob Dylan during the grand opening week of Max's Kansas City. Also did several appearances in NYC in clubs such as Scott Munie's Rolling Stone. In and out of recording studios from age 13 to age 17. Recorded some original music and in 1968 worked on a music project for Columbia/Screen Gem as a studio musician recording a song called "Come to the Carnival" which was a pic hit of the week in the NY metro area.
Still playing full time with organized band and some pick-up work. I am basically a Blues drummer but also enjoy playing Country and Classic Rock. I can also cover most any other type of music. Noted for being a pocket drummer. Always looking for other musicians to play with. If you have a project or are putting together something interesting I am your man.

My biggest influence is Bernard "Pretty" Purdie, the "most recorded drummer in the world". We are very good personal friends and I have learned a lot from him over the years. My style of playing is a little of me and a little of Purdie.
For references, you can contact Bernard through his website, .bernardpurdie If you have trouble contacting him, contact me with your info and I will have him contact you.

I have several sets of drums from classic to new. I currently am playing on a combo jazz set of Pearl and Orange County Drums. 20" Bass drum, 13" snare, 10" & 12" mounted toms and a 14" floor tom. Small compact kit with a very big sound.
I also own several Bass guitars (I play some bass but only to improve on my skills to gel with pro bass players and create perfect pocket rhythms) and have a Hartkee Bass cabinet and head in my own studio. My studio also has a baby grand piano and a vocal sound system. Can do basic recordings on my Yamaha 16 track recorder. My studio makes a great rehearsal studio large enough to fit 7 musicians. I also own my own traveling PA system with 2 JBL columns and a power head with a separate monitoring system.