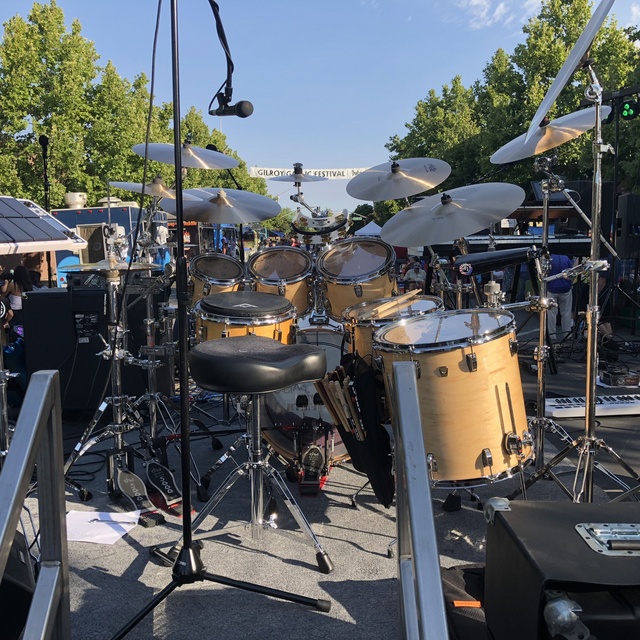 I'm looking for serious musicians to form a couple of tribute band together in the San Francisco bay area. First, An eighties tribute band. Secondly a tribute to the bands Chicago and Earth, Wind & Fire.

The eighties tribute band is a tribute just the music of the eighties (Rock, Pop and R/B covers). Looking for all players! I can provide all those 80's drum sounds. Interested?

The second tribute band, I'm looking for a dynamic front male vocalist with strong falsetto range to emulate Phillip Bailey's voice. Also, I need strong vocals that can emulate Terry Kath's and Peter Cetera's voice as well. All members of the band will need to sing falsetto parts! These are big footsteps to fill!

I'm looking for a percussionist, a keyboardist, a rhythm guitar/keyboards, a lead/rhythm guitarist, a trumpet player, a trombone player and a sax player that plays: alto, tenor, soprano and flute would be a bonus. I'm thinking about potential background singers for future use.

I have over 4 hours of live material that is well orchestrated in song order placement that will be used for a 2 1/2 hour show. The material uses elements of pop, rock, Latin, jazz, soul and r & b.
The has been an overwhelming response by booking venues. Once final musicians are in place, rehearsals will be conducted in the Campbell area studios. With a video promo shoot up in Oakland.

If interested, please send me a video of your performance of a Chicago or a E,W & F tune to me at "wbdrums"@Bandmix.

There are many "GREAT PLAYERS" who recorded great music that influenced all of us--too many name individually but I will list the genres that influenced me as a musician that I am today! 60's Motown, 70's R&B, Horn Section Bands, 70' and 80's Pop and Rock, Late 70's Jazz fusion, Latin jazz groups, Latin rock groups, British Pop and Rock groups, Soul music, Funk music, Acid Jazz, Smooth Jazz, Big Band and some of the current Pop music that's played today.

Pro Gear! Currently, using a couple of 7-piece kits, many cymbals for different sounds and texture. Smaller venues, I can use an electronic kit. I can include electronics with acoustic sounds.