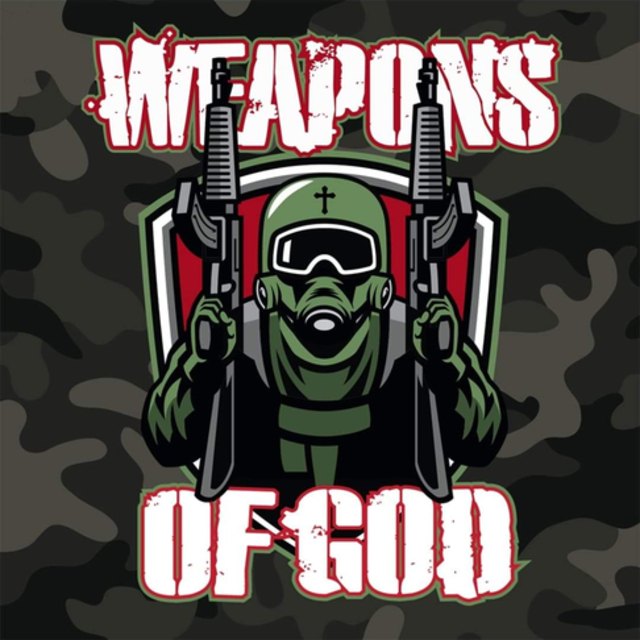 Weapons of God is a Christian Metal band based in Middletown, Ohio. The name of the band was inspired by the verses of the Bible, Ephesians 6:10-20, where it talks about the Armor of God.

Lyrically the band is defined as "positive metal", delivering the word of God in every song, testimony, love, and hope to the darkness of this world we live in. Giving all the credit in their compositions to the Father, the Son and the Holy Spirit.

As for their musical influences, they are rooted in the old school of the most classic metal, the best style of bands such as Kiss, Stryper, Black Sabbath, Iron Maiden, and Led Zepplin.

The group formed in 2014 and debuted publicly on October 10, 2016 at Cornerstone Church of God, in Lebanon, Ohio, where they played as an opening act of another record artist from Roxx Productions, Biogenesis.

The band released their debut album on July 26, 2019 through Roxx Productions,produced by Luke Nealeigh, Lead Guitarist of Biogenesis.

Weapons of God opened for Decyfer Down at the Chains Unchained Festival in Auoura, Missouri on July 27, 2019 and then opened at the J & J Christian Charity Event on August 17, 2019 for the band
3 Days Under.

Weapons of God as a Christian Metal band offers through their lyrics and music an uplifting message that can be used to praise God, for fellowship and spiritual warfare. The message comes directly from the Bible and teaches the listener that God and the Bible are the weapons for their lives.

As a band, they are able through past experiences, along with their music and lyrics to minister to those listening in a way that only music and the Holy Spirit can.

"With Every Devotion We Will Defeat, The Ways Of Temptation The Devil Will Bring! Stand Firm, Stand Strong With Gods Armor On, We Are The Weapons, The WEAPONS OF GOD!!!" ~WOG

The Power of Prayer and the gifts that God has provided through music and lyrics.