wengrrrl + Musician in Portland, OR 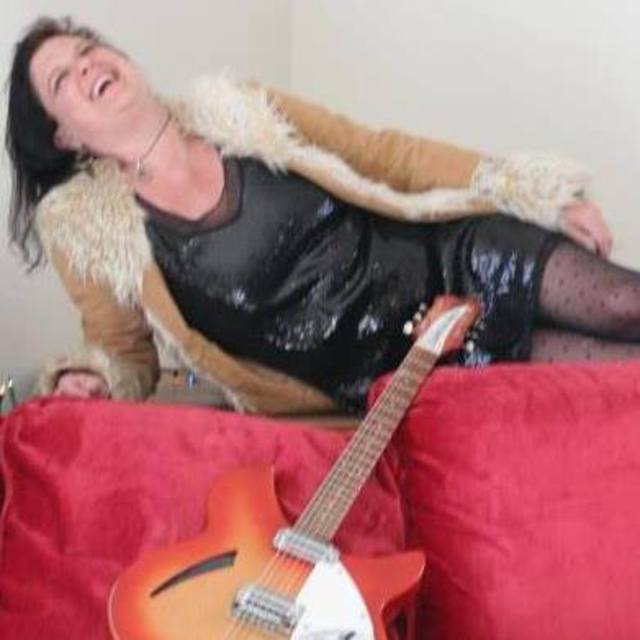 Am from the SF Bay area by way of Santa Cruz for the last 30 years (Go Giants!). Played with numerous bands over the years- the Blackouts(nee, the Beagles, pre-1990); in the 80's we were a 60s band, doing obscure stuff like Love, early Deep Purple, Smith, lots of British and Motown. In the 90's, we became the Blackouts, and went thru the "Bonnie Raitt/ John Hiatt" phase, and a bunch of 90s songs. Over the last 10 years, we became an 80's band (ironic, right?). Blackouts played so much that we ended up rehearsing off be at home, and just showing up knowing the songs! After 26 years, i chose to move to Portland (daughter is a designer here for 10 years-shop on Hawthorne, and son bought a house, so we all moved).
Also, had an R&B big band (horns, etc), called Barbies In Jail; house band for a club for 8 years. I got burned out a little(same club every Fri), but it was fun, and the money was good, we got fed, and the place was always packed. Played all kinds of soul, funk; Stevie Wonder, Steely Dan (can wail on "Bodhisattva"-hah).
I am pretty funny, easy going, and hard worker. Excellent memory-fast learner. Good at improvising- have been a ringer dozens of times, for all sorts of bands.
At any rate, have been in Portland 3 years, and would like to do a working band/ somewhat original project with people of equivalent experience. Now that I'm settled, and have a job, central house, and all my ducks in a row. Ready to ROCK. Not sure what I'm seeking, but I'll know it when i get there. That's good for you guys- right now am "tabula rasa"(A blank slate. With experience and equipment. Ready to work.) ;)

Really? Anything 60's to current, not jazz, rap, blues, or lame tourist covers!
I know a lot of obscure 60's & punk; Love the Pretenders, X(anything w/ John Doe), John Hiatt, NRBQ, Ween, any weirdos- Radiohead, Iggy, Meat Puppets, Cake. My fave band: Guided By Voices. Pretty much. My tastes vary daily- i can play Ella one day, Peter Tosh the next, King Crimson, or the Clash. Depends on my mood.