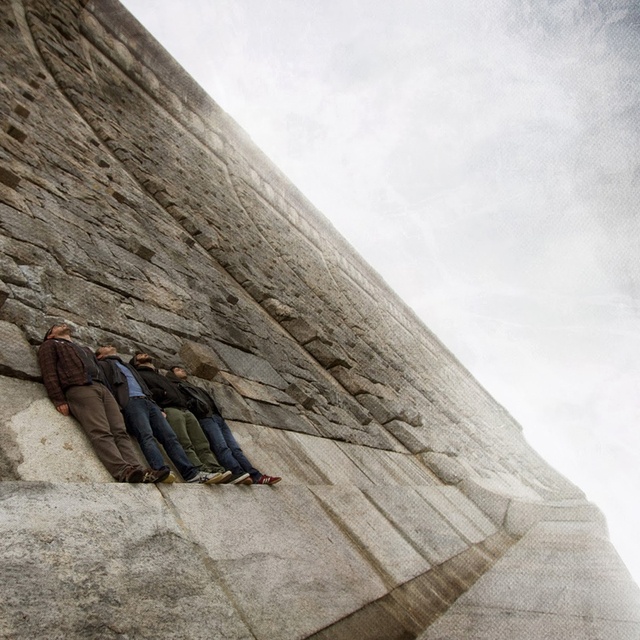 Lazy genre classifications are frighteningly stunted when describing Wess Meets West. A simple “post rock” label is a tepid disservice that waters down the aesthetic drive and critical intent. Wess Meets West move beyond any number of noisy “post rock” contemporaries in an attempt to harness a deeper narrative, one imbued with both history and odyssey. It’s fitting then that Wess should call New England home, a coastal hub exposed to the elements and ripe with historic consequence. Whether on record or live, Wess Meets West consistently reaches the memorable while driving toward the intangible. Layers of ambient guitars, mirrored harmonies, swelling lows, and textured percussion mix with found sounds and electronics to create a density of sound that is otherworldly. Their intense, visceral performances appear as a struggle, a messy tug-of-war between the artist and the unconquerable eternals of time: an unending sea, an immobile mountain, an ageless forest and a constant wind pitted against the unwavering human will to persevere. In this, Wess Meets West is striving for something more: to bottle the primordial. In this quest, they refuse to shy away from the grandiose. Their compass is always pointed at something larger. On Chevaliers and When The Structures Fail Us, this purpose is harnessed with audacity and demonstrates a confidence to tackle an enduring scale that most bands—of any level—would be discouraged to dirty their hands with.

Wess Meets West began in 2005. The first four EPs "You Women..." (2007), "How To Kill A Mammoth"(2008), “A Collection of Explosions and Death Threats” (2009), and “The Sun The Moon The Master (2009) all explore different areas of electronics and post rock. Wess Meets West have also collaborated with John Nolan,(Taking Back Sunday) on his Collaboration Experiment, "The Bering Sea", ://johnnolanmusic./