What is Broken + Band in Middletown, NJ 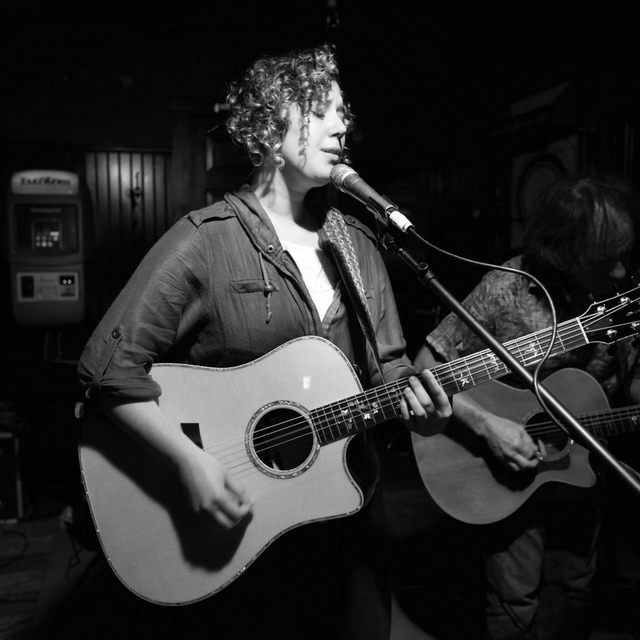 We're looking for an experienced drummer and bass player (between the ages of 21-45) who is ready and willing to travel for shows and touring. It would be great to find 2 players to complete our band. Please listen to "Darkest Hour," if you can't play what's on that tune solidly, it won't work. No weekend warriors, please.

What is Broken is a female fronted acoustic duo starring Christina Signorile and Michael Calabrese; they have been playing together since 2006. Christina, the principal songwriter, combines a hooky, lyrical quality with a unique open tuning and driving rhythms. Michael has years of experience playing fusion, jazz, and rock, and layers it over Christina's aggressive and sometimes dark original songs. Christina and Michael often improvise in their performances and are equally at home playing a ballad or hard jam.

In and around the tri-state area, from The NYC Marathon, to music Festivals in Boston, MA and Baltimore, MD, What is Broken has been playing clubs and coffee houses; recently they released their newest single "Jason's Song” produced by Mark Christensen, owner of Engine Room Audio. Christensen has worked with Mr.Probz, OK GO, The Killers, Trey Songs, Boyz II Men, Tony Braxton and 50 Cent. Shawn Pelton, drummer for Saturday Night Live who has worked with Billy Joel, Elton John, Kelly Clarkson, Pink, Johnny Cash, Bob Dylan and many more, also played drums on the track.

"Jason's Song,” the result of a life altering loss, was written by Christina about her cousin Jason, who, after years of struggling with mental illness and substance abuse, passed away in 2016. The band hopes “Jason’s Song” will help to combat the stigmas attached to these devastating issues. What is Broken will be filming a video later this year featuring families from all over New Jersey who have lost loved ones to this ongoing crisis.

With showcases at the Millennium Music Conference, Singer-songwriter Cape May, a slot at the Officially Home Festival, Rock Out The Dope Music Festival and most recently generating a huge buzz at the highly sought after Rock Solid Pressure Industry Showcase in NY. What is Broken continues to gain traction on the original music scene up and down the east coast.

Screen name:
Whatisbroken
Member since:
Jun 03 2011
Active over 1 month ago
Level of commitment:
Touring
Years together:
12
Gigs played:
Over 100
Tend to practice:
1 time per week
Available to gig:
1 night a week
Age:
34 years