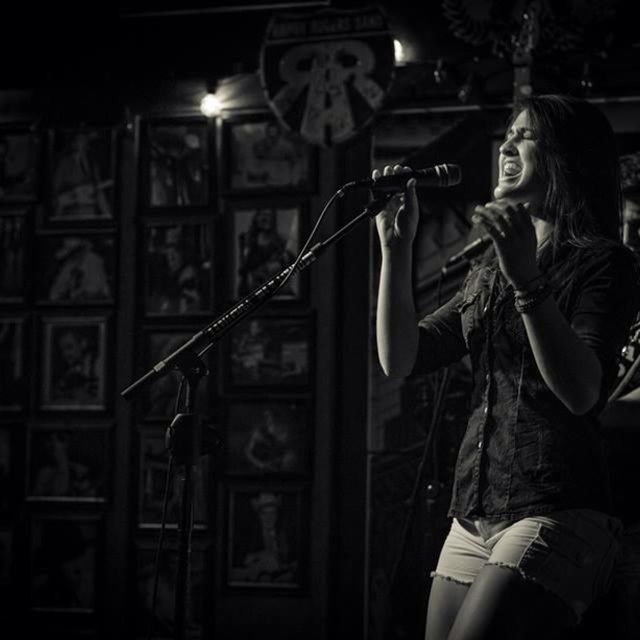 In my younger years I enrolled in vocal lessons at the age of nine. By high school, I was planning on attending College on a Opera Fine Arts Scholarship specializing as a mezzo soprano. But as much as I respect the art of Opera, I'll be honest...I didn't like it at all! I grew up constantly listening to country radio and if I ever had a moment to sing on my own time, I resorted to the women of my era (McBride, Hill, Shania and Messina). However, it wasn't until college I decided to give country music attention.
I ended up taking a bartending gig at the local bar and from then it's history. I began singing there on a weekly basis honing in on my skill and it dawned on me that I should take this to the next level. February 2013, my friends dragged my butt up to Chicago to audition for NBC The Voice. Unexpectedly, I made it through several auditions, callbacks, paperwork etc. over a series of a couple months. Then three days before I was planning on leaving for L.A. for semi-finals I got a call. Not a good one either. They decided to not put me through and the first thing I wanted to know was "why?" Thankfully, they were kind enough to explain their reasoning and it was that I had such little experience, they were afraid to put me out there, thinking I'd crack under all the pressure. So I took those words as fuel to my spark and told myself if I REALLY wanted to give this a go, then there was no other way than to make myself take the step of moving to the music city. Upon graduation and playing more gigs around Missouri, I packed up my bags and dog; Guinness, and headed south. I spent 3 years in Nashville, earning a very short record deal and performed on American Idol. Overall, it was a great experience but I realized music wasn’t something I wanted to earn my way of living. Now I’m back in the Midwest with a career that I love and I’m ready to start doing the local circuit here in Wichita and the surrounding areas.