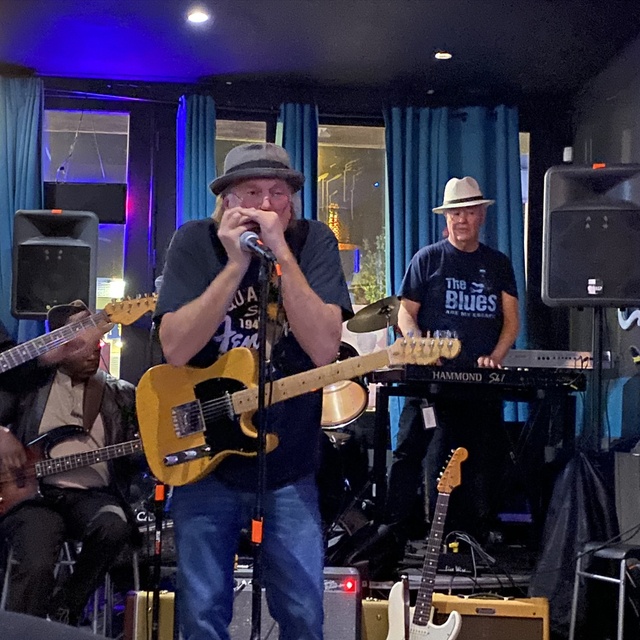 I have been playing guitar for over 40 years, I was originally self taught, but have been classically trained and have played a variety of styles of music professionally. I've played in many bands over the years.

I would like very much to meet like minded individuals to put together a rock, rhythm, and blues band. My focus right now is on the rhythm and blues from the early 50/60s to the 70's. Im not really into being in a "jukebox band". Im good to play lead, rhythm, or bass, given the situation. Having said that I do like a variety of musical styles, the truly important criteria that it is legit. Please no pop/lounge/corporate rock. Although I will also admit to playing guilty pleasures as required.

In a nutshell I want to play rocking R&B not a collection of "hits". Think early to mid 60s Rolling Stones and how they approached "covers". I think its pretty much impossible to play too much Chuck Berry, Eddie Cochran, or Little Richard music. Im also heavily into blues "standards" (Muddy, Wolf, the Chess masters, etc) and love to arrange tunes. And Im happy to sit in, backfill, etc.

The recordings Ive uploaded are both old and new. Hurts Me To, is basically an excuse to record with my resonator and mandolin. As well as to have an example thats a bit less processed. Im not the greatest engineer, but Im working on it. And these tunes do give you a taste of my playing as well as an indication of my interests. And, as Im sure you've realized, my voice is more suitable for back ups as opposed to lead vocals.

My favorite bass players are also fairly typical I think. Jack Bruce, Chris Squire, John Wetton, Greg Lake, Geddy Lee, and Tony Levin. I like a melodic bass player with enough chops to drive the whole band and enough confidence to know when to focus on supporting the band.