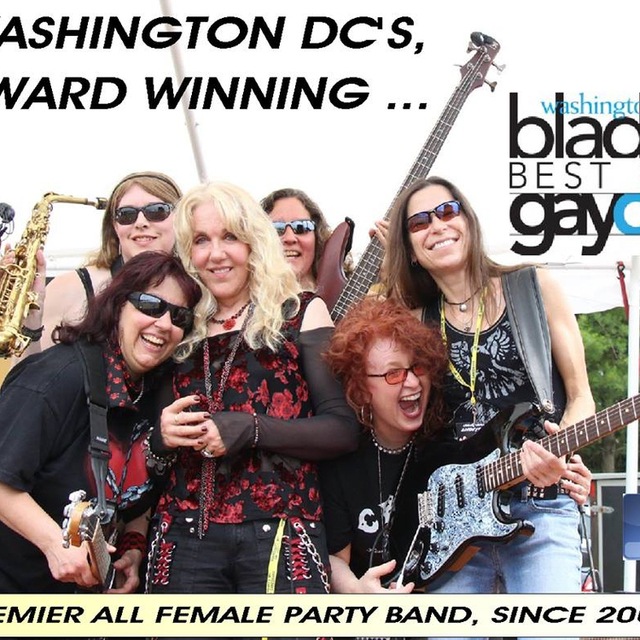 "Wicked Jezabel is DC's 2007 & 2008 WAMA award winning all female party band (est. Oct 2004). Also 2013 "Best of Gay DC" according to the Washington Blade Newspaper. Dynamically delivers hits from 60's Motown, 70's Disco, classic rock, the wicked 80's, to the grungy/techno 90's with a "tad" of today, Wicked Jezabel delivers the best party atmosphere anywhere. At the same time, they are more than 'just a band' by supporting animal rescue community and other important causes! "

Screen name:
WickedJezabel
Member since:
Jul 22 2014
Active over 1 month ago
Level of commitment:
Committed
Years together:
11
Gigs played:
Over 100
Tend to practice:
1 time per week
Available to gig:
2-3 nights a week
Age:
63 years

PA, lights, bass rig provided but each member brings their own gear and everything necessary to plug into the system.