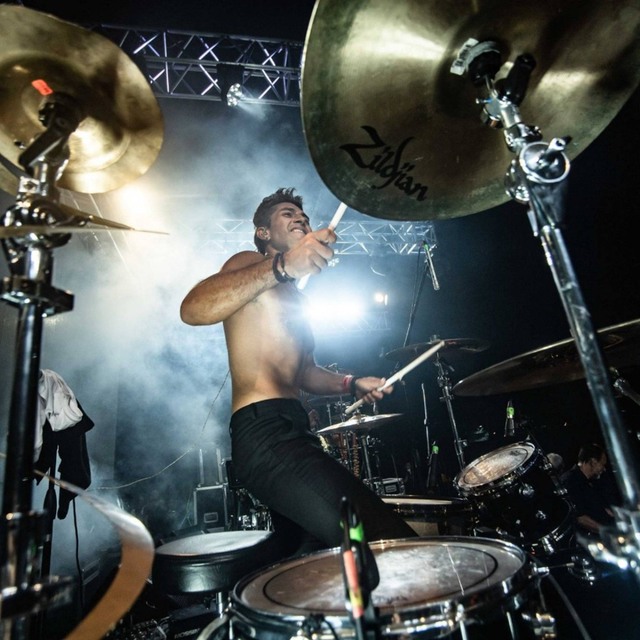 He began playing drums at the age of 5 and started to pursee a professional career at the age of 12 when he entered to the National Conservatory of Music, taking the first place in the specialty of Percussion.

He has been in two of the most legendaries rock bands of Peru, he joined ¨Libido¨ in 2011, winners of two MTV Awards: platinum and gold records.

In 2012 he recorded the single “Cuelgo el Teléfono”, with the well-known producers Keith Morrison and Manuel Garrido-Lecca, in which he shows the new sound of the band. This single was part of different MTV TV shows.

Wilder was present in the most important rock festivals of Peru as Vivo x el Rock (stadium), this festival gathered more than 25000 fans. In 2016, Libido released a new album that includes a song composed by Wilder “Y Vuelves a Aparecerte”. This album was created with the british producer Phil Vinall (Zoe, Placebo, Pulp).

In may of 2016, he began a parallel project and started a new band, “Radio Electro”, with two other musicians. They released their first single called “Tras la Pared”, which was part of an EP that included 5 songs. The same year he released “Come to me Tonight”, his first single as a solo artist, the song was masterized by the producer Mike Wells (Green Day).

After leaving the band towards middle of 2017, he joined ¨Rio¨ in October. Rio was the firt rock band who appeared in the peruvian music scenario. He toured over the country for about two years and in October of 2019, he took the hard decision of leaving the band, he had a final concert and emotional farewell which was in live streamming TV.

Wilder Lopez is not only and artist, he is also a music educator. He had more tan 30 students in Peru. He was a percussion instructor and director of the Jazz Band in the school “San Jose de Monterrico” from Peru, the jazz band won for two years in a row receiving two important national awards.

Nowadays, Wilder has an online school that provides one-to-one classes designed for drummers of all levels.