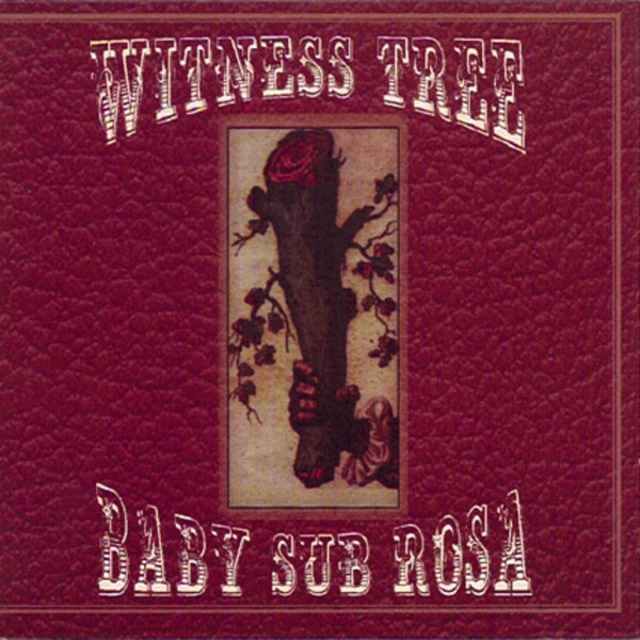 Witness Tree has seen changes. Personally and musically. Early on, Witness Tree was an acoustic trio with founding members Steve Kudlacek (voice, guitar), Alan Mansfield (guitar), and Eric Slater (bass). Through its stint playing coffee shops and small venues, Witness Tree grew. The music grew. Their first release "Baby Sub Rosa" was a culmination and result. The line up was rounded out with Joe Rhodes (guitar), and PJ Harding (drums). During the mid-to-late 90's, Witness Tree played in support of their first release. Met a lot of new friends and solidified their new sound and direction. The late 90's saw the departure of Joe Rhodes. This thrust Witness Tree into a new direction with the result being their second release "Fools Seldom Differ". Witness Tree's new sound reflected their determination. It was raw, exciting, and unyielding.

However, like so many things... it was temporary. Before Witness Tree could fully realize its new self, they split in 2000 for myriad reasons. But as it turned out... temporary doesn't mean forever.

Fast forward to 2008. Steve, Alan, Eric, PJ, and new addition Dan Crawford decided to brush the dust off and rediscover what it was that they loved so much. Playing music. Rediscovering friendships. Most of 2008 has seen these five taking Witness Tree in yet another direction. Giving the music a new focus while discovering more about themselves as people and musicians. They are looking forward. The goal isn't to play into the past. The goal is change.

For more, check out ://WITNESSTREE.PLANETMANSFIELD where you can freely download all songs, lyrics, and guitar tab.

Screen name:
WitnessTree
Member since:
Dec 30 2009
Active over 1 month ago
Level of commitment:
Committed
Years together:
15
Gigs played:
10 to 50
Tend to practice:
1 time per week
Available to gig:
1 night a week
Age:
52 years