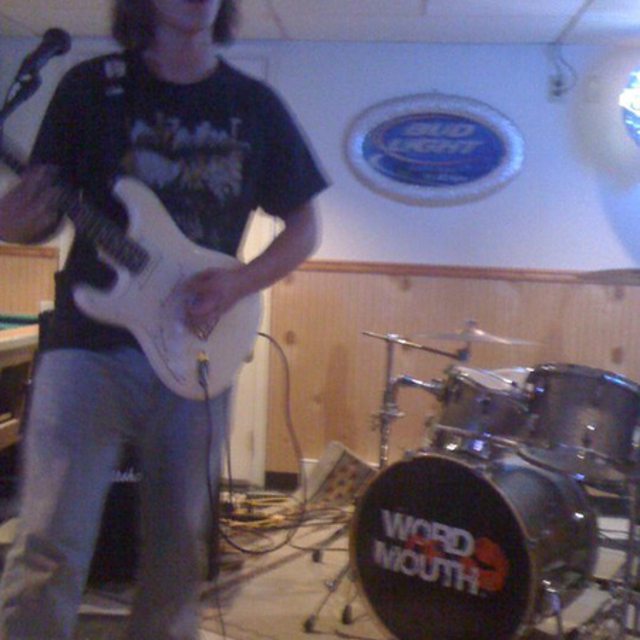 We've known each other for many years, and we even played on stage together several times before we came together as a band. When our previous drummer irresponsibly walked out on us right before a gig,Austin's familiarity with the band allowed him to courageously step right in and get the job done. When we were much younger,we masqueraded as a Christian rock band just so we would have venues to play in. We "came clean" about 5 years ago by reverting to our original hard rock influences.

Screen name:
womguitar
Member since:
Oct 04 2010
Active over 1 month ago
Level of commitment:
Very Committed
Years together:
8
Gigs played:
Over 100
Tend to practice:
More than 3 times per week
Age:
59 years

Stephen Williams is a native of Hamburg,Pa. and he's a classically-trained guitarist/singer who's been taking both guitar and voice lessons for over 10 years. He wrote all of the Defiant Word of Mouth's original songs, and he's also very well-known guitar instructor to all of his students in the Hamburg and Kutztown areas. He idolizes Jimi Hendrix, as evidenced by the fact that he plays out of the "classic Hendrix set-up ": American-made Fender Stratocasters plugged into Marshall amps.
Austin Balthaser is a native of Shartlesville,Pa., and he's been playing the drums in a very energetic and insane manner for many years. He's also the lead drummer in the Hawk Mountain Highlanders bagpipe band, and he shares Stephen's conviction that we can play a greater quantity of hard rock/heavy metal/classic rock/punk songs than anyone, accept possibly the back-up band on "American Idol."