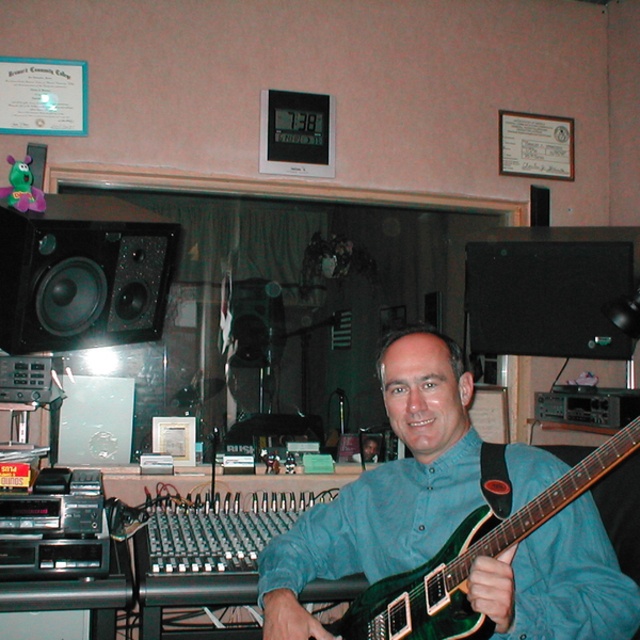 First let me say that I am a minister first and a musician second even though I've been a musician all of my life. I play several instruments. I prefer to lead with guitar, my first and main instrument. I also play bass, drums, trumpet, and keyboard synthesizers. I am proficient in improvising and site reading sheet music. My extensive background in electronics technology, sound engineering and RF engineering has also contributed to my involvement with Church sound system design and more recently website design. I love knowing that this is a calling the Lord uses to make a positive difference in people's lives

After first moving to Ocala in 2007, I became the worship leader at Living Hope Community Church in Ocala. Our Praise & worship band played a blend of mostly contemporary & some traditional hymns. I continued there until October 2011. The following two years until March 2014 I was on the worship team at The Sanctuary Church. I started working as worship leader assisting the worship pastor at Christ Community Church beginning April 2014. I can be reached at 352-470-2238

We are looking for a volunteer drummer to become part of the band at Christ Community Church. Currently we have guitar, keyboard, bass and several singers. We play mostly contemporary music from the 90s to present which includes music from Hillsong, Lincoln Brewster, Chris Tomlin, Israel Houghton, Ghetty, Matt Redman puls the traditional hymns.

More than enough, have stage, PA gear and lights if needed