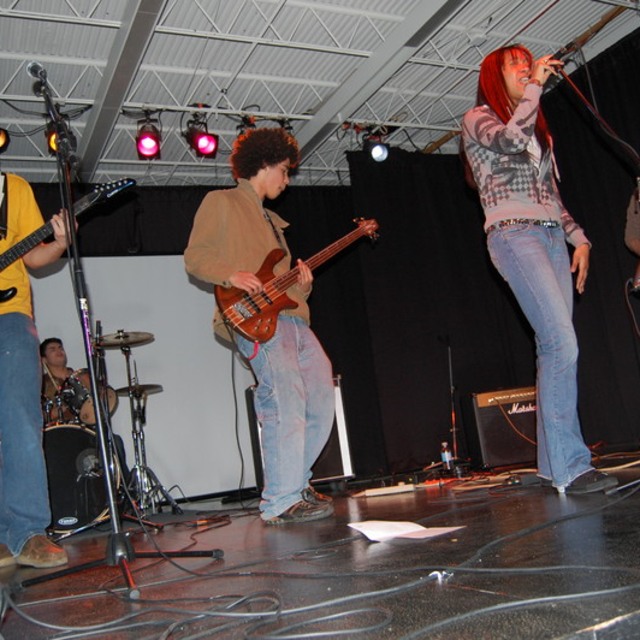 December of 06, Daniel Schwartzman left his home of Israel to pursue his life long dream, music. Schwartzman arrived in the United States and put an ad out for a vocalist. Aspiring vocalist Natasha Kornegey replied and instantly there was a spark. Danny and Tash met weekly to work on some songs ideas, but felt they needed to expend their duo into an electric band. After posting ads for a drummer, Saul Dratman, a student drummer from New Jersey, responded. After very little practice, the trio played an acoustic show in a local club. Feeling that a trio was not enough, Saul asked his friend, and long-time jam buddy, Jonathan Colvson to stand in on bass. From the first practice together they knew they would no longer be dubbed a trio. After months of rehearsals and a few shows under their belt, the band decided that in order to reach the sound they wanted, they would need the sound of another guitar. With that came Bryan Wiggins, another longtime friend of Saulâ€™s, to add that the occasional guitar lick and harmonizing vocal. Together, they are Worst Case Scenario.

Daniel Schwartzman-Guitar/works in a bakery

Danny-Marshall Amp. Don't know what model. It's a good one though.

We take care of our gear and intend to do the same with yours if provided.

Exactly what it says.

Saul And Bryan will be leading a 2-hour drum circle, featuring Hoagy Wing of Slo-Mo.

We will be playing an hour of your favorite songs in this Irish Pub.