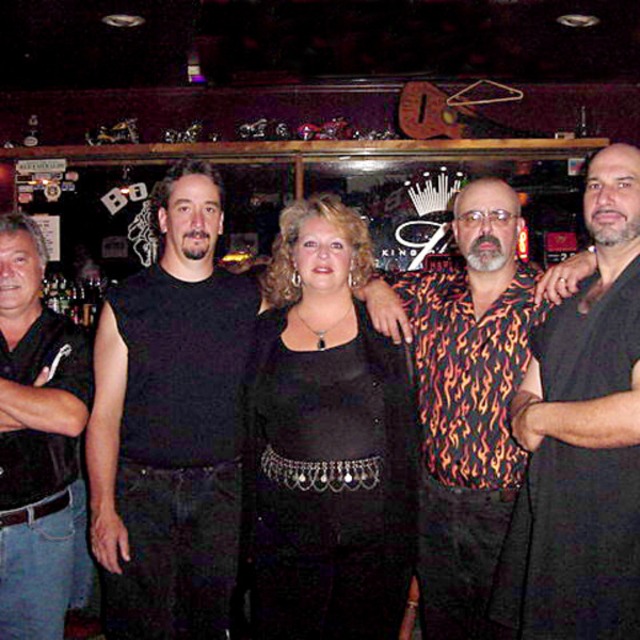 Originally from Auburn, Me. Started at 7 playing the accordian. As the Beatles hit in the 60's I picked up a guitar. My High School band, Liverpool Gas Company had the opportunity to open for the Dave Clark Five, Young Rascals, and the Circle at the Portland Civic Center. I played guitar and keyboards at this time.

Came to college here in Manchester, NH. Started Stone Cross with a couple of college buddies and Gardner Barry, now of Mama Kicks. This is when I started playing bass. The college buddies left and were replaced by Bill Blaine and Mike Mulroy. We opened for such bands as Three Dog Night, Sly and the Family Stone etc. Band went full time, I stayed in college.

Next joined Sweet Misery, what I would call a hard rock band. Opened for James Montgomery several times at the Cheshire Fairgrounds.

Then started Ulterior Motive, an 80's cover band. Initial lead singer, Carol Buchanan did great versions of Heart, and Pat Benetar. She is still singing with Divide By Five.

In the late 90's formed The Band Smokin'. We performed for about 8 years, doing a lot of club work.

Played with The Rusty Rockstar Roadshow for the summer of 2007.

Can't give up on the music.

Annual Rockin Rib Fest at Gunstock.
Will be playing first gig with The Rusty Rockstar Roadshow.