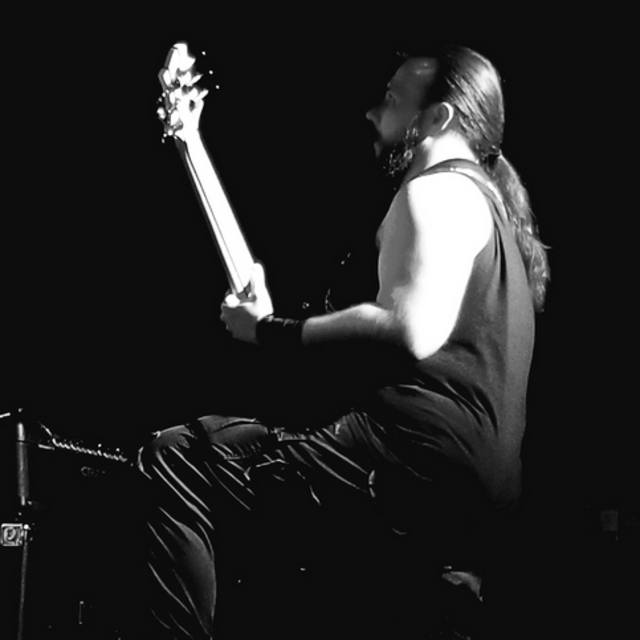 I am the Vocalist and Bassist for the Melodic Death Metal/Metalcore band Wrath Upon Eden. I am a Guitarist, Singer-Songwriter, Lyricist, Multi-instrumentalist.

I have been in the AZ Music Scene since 2005;
Gigging on a regular basis, I played bass and was the lead vocalist in a band called Archaic Cessation.

Archaic Cessation recorded our first demo in 2006 called The Fallen Ones.

I started playing electric guitar in 2006.

I studied and participated in "percussion class" my freshman year of high school. Learning how to count rhythm and the basics of "the kit". [2006]

Archaic Cessation released our first EP in 2008, called Those Who Suffer.

I studied and participated in "piano class" my senior year of high school. Learning to play the piano/keyboard at an intermediate level. [2009 - 2010]

Two friends and I played a cover of "Everlong" by the Foo Fighters at a high school talent show, and won. [2010]

I have been a vocalist for Wrath Upon Eden since 2010.

I toured as a guitar player for the alternative rock band Jane N' The Jungle and played at the South by Southwest Festival in 2015.

I have been in the dual position of playing bass and singing again since 2018, after the passing of the band's original bassist, my brother, Bobby L. Bryant. Wrath Upon Eden returned to the stage after years of hiatus to honor him.

Wrath Upon Eden's debut album The Wake of Tragedy was released January 18th, 2020.

Currently, endorsed by Black Harbor Sound for strings since 2021.