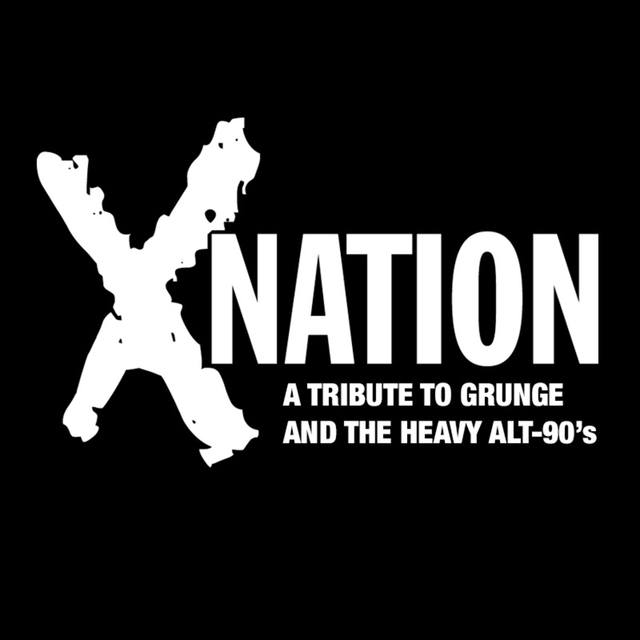 X Nation (xnationband) is a tribute to the Grunge era and the heavy alternative music of the 90's.

The breadth and depth of X Nation's set list is almost impossible to cover by any single vocalist so we are currently looking to replace our former second lead singer who was handling songs by Alice in Chains, Soundgarden, and others but was too busy with his original project to continue with X Nation. If you can cover the range of Layne Staley and Chris Cornell then we'd love to hear from you!

We book paying gigs and we will create high-quality promotional materials with you. We need a professional attitude, a solid stage presence, and a willingness on your part to do your homework. Most of all, we have fun!

If you can play rhythm guitar then that's a real bonus. We're willing to shuffle the set and lead vocal duties based upon your range and style. You must send us links to photos and video or audio examples. Thanks for replying!

Founded in 2011, X Nation is distinct from the cover bands playing 70's and 80's music that over-saturate so many stages. The band plays to crowds throughout Southern California who are hungry to hear the incredible music that came out of Seattle and other cities during the early and mid-90's.

The name X-Nation is a bow to our brothers and sisters born after 1965, Generation X, who came of age in the 80's and 90's. Tired and disillusioned by the excesses of the 80's, this music represents both our youth and our transition from innocence to the real world. Join us as we cover the better music of the 90's. There won't be any Backstreet Boys or Spice Girls. You'll hear Soundgarden, Alice in Chains, Tool, Foo Fighters, Jane's Addiction, Screaming Trees, Dinosaur Jr., RHCP, Pearl Jam, STP and even Metallica. Over time, expect us to dive into the more obscure when we can get away with it.

Prior to Dead End Sky and X Nation, lead guitarist, Rich Abronson, performed and recorded with a number of Los Angeles artists since 1990 including Crimeny Jean, Bad Xmple, L.A.M.F., John Aguon, and It's Me Margaret.

During X Nation's 2013-2015 hiatus, drummer Jeff Page joined Leslie Pereira and the Lazy Heroes while balancing a busy schedule with a number of high profile tribute bands (Fan Halen, Alice in Cooperland), and he remains one of L.A.'s most sought-after hard-hitting drummers.

Bassist Phil Romo is a professionally trained music teacher who has toured internationally, and he recorded three albums with original pop-rock band Intercept from 2004 to 2012. He performs regularly as a member of the Emmy's house band. Phil can nail the sound and style of just about anyone from Flea of the RHCP to Jeff Ament of Pearl Jam to the driving heaviness of Metallica's "Black album" or AiC's "Dirt."

In 2016, X Nation re-formed and invited newcomer Nate Myer to join X Nation as a second guitarist and lead vocalist. Nate brings a vocal range well-suited to covering songs by Metallica, Rage Against the Machine, 311, Red Hot Chili Peppers, and others. Nate is also a trained musician and music teacher. His musicianship and versatility (he plays the keyboard, too) offers X Nation a huge, double guitar sound that really stands out.

X Nation has been regularly playing local paid gigs and began a search in the summer of 2018 to add a second lead vocalist to complete our tribute to the Grunge era and the best music of the 1990's.