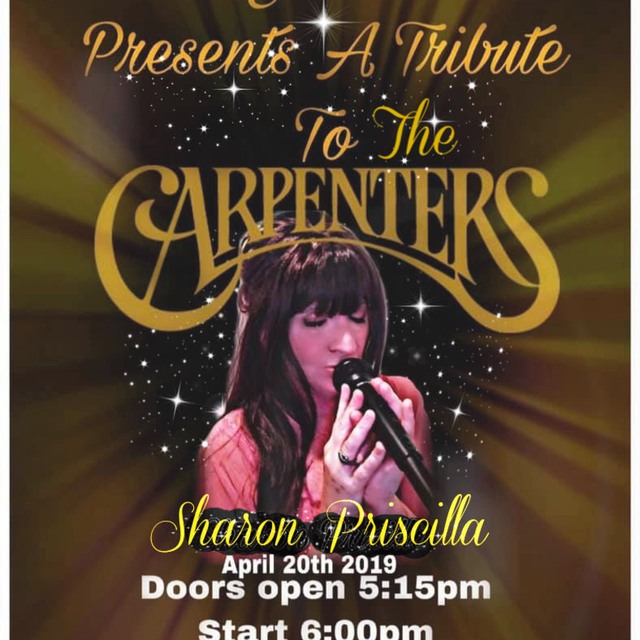 Karen Carpenter since age 10 Sharon Priscilla Vieira was born Sharon Mayer on September 20, 1963 into a large family with 4 sisters

and 2 brothers. Her young life was filled with many hardships, both physical and financial. Yet, despite her rough beginnings, she maintained a caring spirit and tried to help out as much as she could. This spirit was nurtured by both her mother and music. Sharon found strength through God and artists such as Karen Carpenter, Olivia Newton-John, Anne Murray,Eddie Rabbit and many others.

At an early age, Sharon should love going over her aunt Dorthys house in East Orange NJ as her aunt and a very close realationship with the late country artist Eddie Rabbit.and his mother Mae Rabbit Sharon would entertained her family and friends with her singing at home and at some local establishments. Her dream was to become a popular female vocalist like the ones she grew up listening to. Sharon was encouraged by the words of her late mother, Catherine Mayer, who always told her " Sharon, you have a god-given talent in the angelic voice of yours, so follow your dream and share it with the world". With those words echoing through her mind, Sharon hope of attaining her dream was increased with her most recent "on stage" exposure singing back-up and singing lead as a solo artist in an effort to raise money for the National Kidney Foundation. Sharon continues to entertain for many other charity events such as VA Hospitals as well for her regular audiences.

Now in 2004 Sharon has done what she always wanted to do.

That was to record her own song and she did so.

Sharon's wish is to inspire others to follow their dreams as much as she strives to keep following her own no matter what age you're her if you have a goal /or a dream Follow it.

This has been the Biography of Sharon Vieira