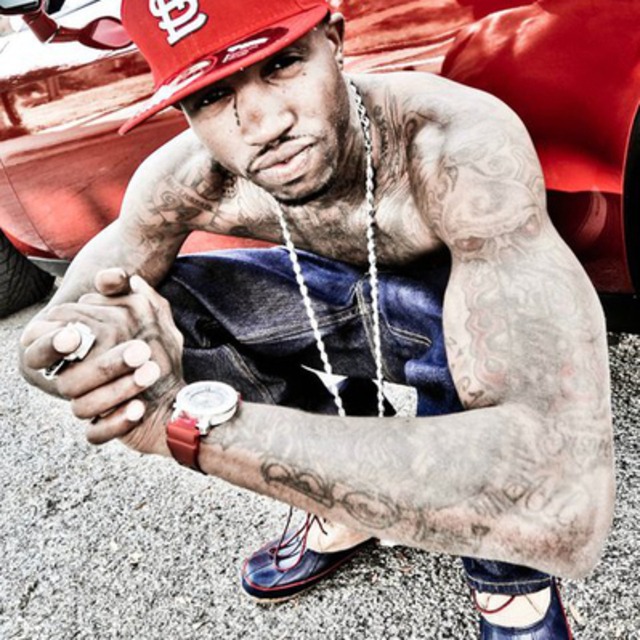 Born Antwain Dean (November 8, 1982 Chicago, IL USA), currently known as Yung Gwapa, is an American rapper. Formerly known as Yung Money Thirst in his early rap career. He is navigating his way thru the rap game straight to the top.

Yung Gwapa was born and raised on the Southside of Chicago in Englewood (where it ain`t all good). Raised by a single mother he learned early in life that thru Loyalty and hard work/hustling anything is possible. Gwap lost his father at the age of 8 and was forced to become the man of the home early in life.

Finding a creative outlet thru music, he began relating has everyday environments and lifestyles thru his music. After finishing High School and a host of well paying Jobs, Gwap decided to pursue his destiny so he packed up and moved to Knoxville, TN. He started with establishing Street Giant Ent. and after the release of his freshman album “Hardest in the Streets" it was clear that a Star was about to shine, and his name was Yung Gwapa.

Gwapa followed up with a host of mixtapes such as "Star Status", " Bubble Guts" hosted by Hood Rich Ent Swamp Izzo, and "Gwapa Payton" hosted by UGK`S DJ Big House. Featuring artist such as Wacka Flocka and Frenchie from 1017 Brick Squad, and Lil Scrappy, highlighted with production from David Blaine, Lex Luger, Mike Da Rockman and GwapHouse M.G.`s own in house producer Kam Killa. It was clear a star had risen, landing him showcases at the 2010 SEA Awards and the 2010 Digiwaxx Core DJ`S Retreat in Orlando, FL and music opportunities in Japan and Africa. Sensing the need for change Yung Gwap created GwapHouse Music Group LLC. They have produced smash hits like "Thick Cinderella" by Yung Gwapa, ”Beef" by Yung Gwapa and "White Boy Wasted" by Yung Gwapa featuring Wacka Flocka with upcoming projects such as "Black Boy Rambo", “Bubble Guts 2” and more. I guess it’s clear to see Yung Gwapa and GwapHouse Music Group are about to change the Hip Hop and Rap game FOREVER!

THANKS FOR MOVING FORWARD WITH THE MOVEMENT...