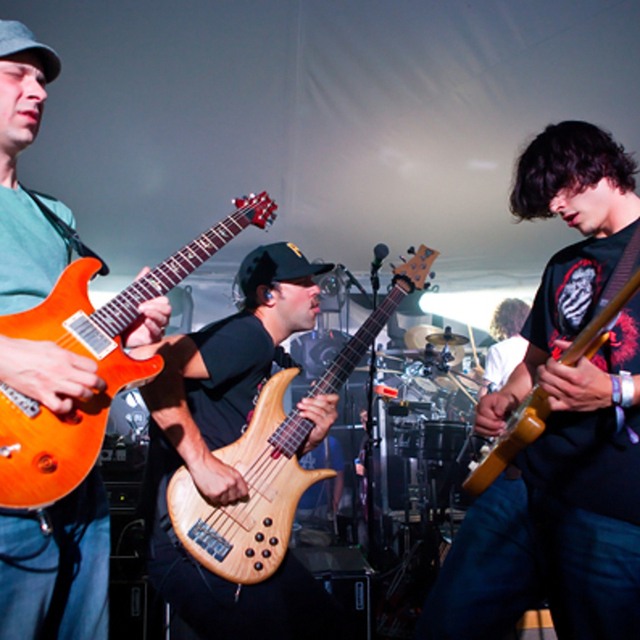 Sex Metal was conceived by Zackie Spesh in the summer of 2013, at first as a joke with bassist of Umphrey's McGee, Ryan Stasik. The concept was to fuse elements of heavy metal, improg, and touches of electronica. Later that week, Zackie sat in on guitar with his heroes during their show at Full Moon Resort in the heart of the Catskill Mountains.
Life went on for Zackie with both good times and bad times, but the once joke developed into something more. A purpose has come to Sex Metal and now it's time for the doors to open.
So Spesh invites you, musicians of Bandmix and beyond, to come jam at his rehearsal space. Doesn't matter what your instrument is, what genre you play, who your influences are, etc. The only requirements are that you come to jam and have a good time.
While we at Sex Metal are looking to fill slots for a core line-up which includes, a drummer, bassist, and keyboardist, we also aim to build a network of musicians willing to support each other in whatever way possible.

To hear some Sex Metal demos that were made completely by Zackie go here...
s:///zackie_spesh
Contact ZackieSpesh

First and foremost, Umphrey's McGee, obviously.
To name of few of our childhood favorites, Black Sabbath, Pink Floyd, Led Zeppelin, The Beatles, Jimi Hendrix, George Thorogood and the Destroyers, Stevie Ray Vaughn, Cream, Queen, King Crimson, Rush, Yes, Lynyrd Skynyrd, The Eagles, Elvis Presley, Michael Jackson.
Billy Joel, Elton John, Guns N Roses, Tool, we'll end the list with Ludwig Van Beethoven. We could go ad infinitum, Daft Punk, Tiesto, but high school was a weird time and we're not too proud of our tastes back then. Nowadays, there's lot of Doom, Death, and Black Metal being blasted late in the evening from Zackie's computer, but hey life is heavy AF and it's part of his job to listen to the genre's he plays in as he currently is playing in an orchestral melodic black metal band. He loves that sh*t though.

All alone for the moment. Looking for members to join the project.

We are not comfortable with the idea of listing off a long list of what may or may not be pricey gear. Bassist's need to bring their own amp. Keyboardists are advised to bring their preferred gear and/or synthesizer.
Zackie always helps with load in and load out.
Drummers, please bring a sticks, your preferred symbols and a double bass pedal.