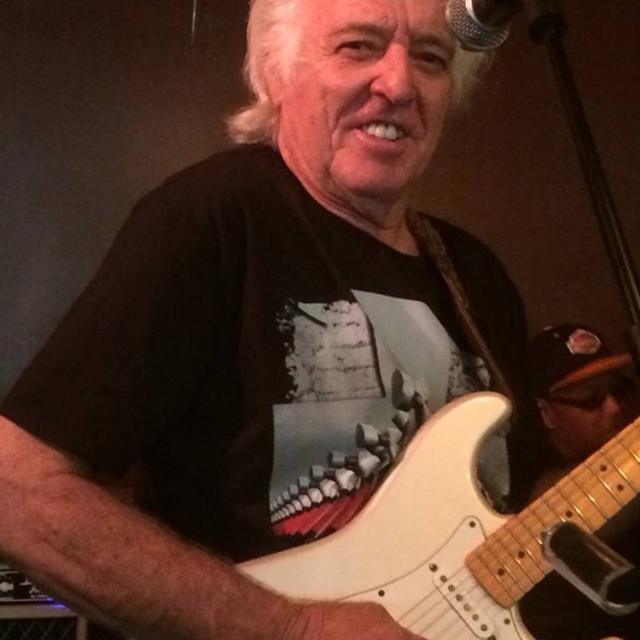 Hello, my name is Steve Leighton and I front a project called ZAP the Show. Why "Show"? Read on.....

I come from the old school days of bands where 4 or 5 people got together and essentially were "married" to each other and did't run off and play with other bands. We would be like a sports team and stick with our band.
Things have changed as you know. It's mostly drummers and bassist that tend to be out there playing in more than one band.
Another thing I've learned about 'bands' is that they all have a 'shelf life'. No matter how great a band is, they only last so long before key players quit and/or 'bands' break up.
This is where I come in. Knowing all of the above I formed ZAP the Show 10 years ago and 'we/ I " have been going strong ever since. Here's the deal.......
You can be in another band, or not. All I ask is that you give at least a month or more advance notice before the next show if you plan on leaving for whatever reason you may have. Any reason is okay. Just don't decide to leave a week before a show thank-you. Just be dedicated to the project up until you leave. That being said, I have a list a mile long of top notch local pros that have been a part of ZAP the Show and for the most part, we're all on good relations with each other. As you know, a lot of bands break up with 'bad blood' between each other. Not so much here. If you're just tired and bored with the music, find another band, don't want to perform anymore, whatever, just leave with a smile and a handshake.
What? You're a 'hired gun'? You only fill in on a show? Okay, let's talk. That can work too but not always.
Here's a list of ZAP the Show players from past and recent shows. Many of these people are still working with ZAP.
Maybe your name will be next?
AMY LOU
AL DIAZ
AKI KUMAR
BAXTER ROBERTSON
BRIAN JAMES
BRIAN SPANGENBERG
BOB O'NEILL
BILL COATES
BUNDY BROWNE
CHRIS COBB
CHRIS BIGFORD
CAROLYN KEYS
DIVA SATIVA
DALE CARLSON
DAN LUCAS
DAN TALLENT
DAVID KEMMER
DAVID KING
DAVE GONZALES
DAVID BLOOD
DAVID THIRLWALL
DAVID CHILASHVILI
DAVID CROUCH
DAVID EISENBERG
DAVE WALKER
DAVE ZOIDY
DON HEINSEN
DON BARAKA
DONNY BELINSKI
DOUG FREEDMAN
ERIC HOYER
FARRELL WYMORE
FRANK HOHL
GARTH WEBBER
GARY ROSEN
GLEN CABALERO
GARY ROSEN
GARRICK DAVIS
GREG JONES
IRA KART
JEFF HUESTON
JESSE COBB
JAMES JAHMES SCIBETTA
JUDY GASCOYNE
JOHN LULL
JOHN SHEPPARD
JACK ALAN JOHNSON
JIM NELSON
JOE CIMARUSTI
JOHNNY MOROKO
KEN McLaren
KENNY DUPREE
KENNY NEAL and ALL OF HIS BROTHERS
KEVIN ZUFFI
KEVIN JONES
KID ANDERSON
LITTLE JOHN CHRISLEY
LINDA CHRISTINE MARTINEZ
MARTY COHEN
MARSHALL ST. CLAIRE
MARK ENGLISH
MARC SPILKA
MICHEAL TYLER
MICHEAL PRESTON
MICHEAL MAXWELL
NATE GINSBERG
PAIGE BISHOP
PAMELA CHARLES ARTHUR
PAT WILDER
PETER LOEB
PETE GASCOYNE
PHIL FRANCO LOBUE
RAY FIGEUROA
RUSS KLEIN
RAY DiFAZIO
RUSS ST. JOHN
RHONDA CROUCH
ROBERT CASSIDY
STEVE KIRBY
SHAWN RIDLEY
SIMON GOVAN SMITH
STAN ENG
SAM VARELA
SCOTT GETLINE
SCOTT GOLDBERG
SHAWN RIDLEY
SUZY TYLER
STEELE HARRIS
STAN ERHART
STAN ENG
STEPHEN SEA
TOM ARAGON
TONY JOHNS
TERRY HIATT
WALTER JEBE
WARREN ANTHONY PETTY
THE ZAPPETTES:
PATTI BERRYHILL
TERRY ADAMS
TERRI ZORN
TRICIA GREENWOOD
FRANCINE PRIVITERA
LAURA HAGER
PAIGE BISHOP

I've been influenced mostly by the great vocals in rock and roll, folk, country, pop, blues and top 40.
Beatles,Eagles,BeeGees,Pink Floyd,SRV,Hendrix,Allman/Doobie Bros.,Elvis,Petty,Dylan,and hundreds of one hit wonder bands. There's just way too many bands and solo artist that I like.

All the gear is set up and ready to use at my studio so you can just come over empty handed if you need to and jump into playing. Nice drum kit, bass, amps, the works are here.