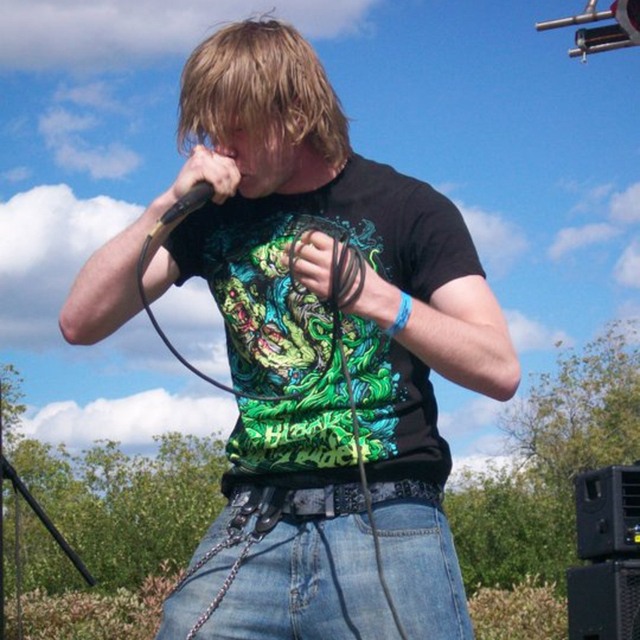 Currently a student at Oakland University. Been out of the loop in music playing/performing for some time and have had a major itch to get back into the live scene. My dream band is something that sounds like Incubus back in their heyday of their albums like Fungus and S.C.I.E.N.C.E. or a band that wants to do long and heavy songs like Between the Buried and Me. I sing in a baritone that's a bit like Darius Rucker with a bit of range to the point of Bradley Nowell and can do "dirty" vocals in a guttural style along with a fry style which I would say sounds like a light Whitechapel. Music has been a major love of my life but I can't seem to play any instrument to save my life, but I've been told that my vocal styles are impressive. I'd love to be in a band that would aspire to travel and play. I've always wanted a job that would pay me to travel and playing music to do so would be the ultimate dream! I've played for a year in a thrash/death metal band. We had an opening gig for All That Remains at Dirtfest but some folks in the band then didn't care for them so that fell through. Our first show was for a band known as I Decay which became Battlecross. I've been out of the loop for a while but I'm dying to play some tunes live! I hope that you'll consider me. I won't let down whatever project I'm in.

Old vids of one show at the Hayloft in Mt Clemens:

I've changed as a person since then and will provide a more quality experience for the crowd when fronting a band.

Message me here or, hell, Skype me at thatundeadbeast2k for a more one-on-one idea of myself.

Sennheiser mic of some sort. Will find it if someone wants to jam.
250 watt speakers x2 PA of forgotten name brand. Old guitarist has the powerhead. Will snag it back if I can find offers to jam.