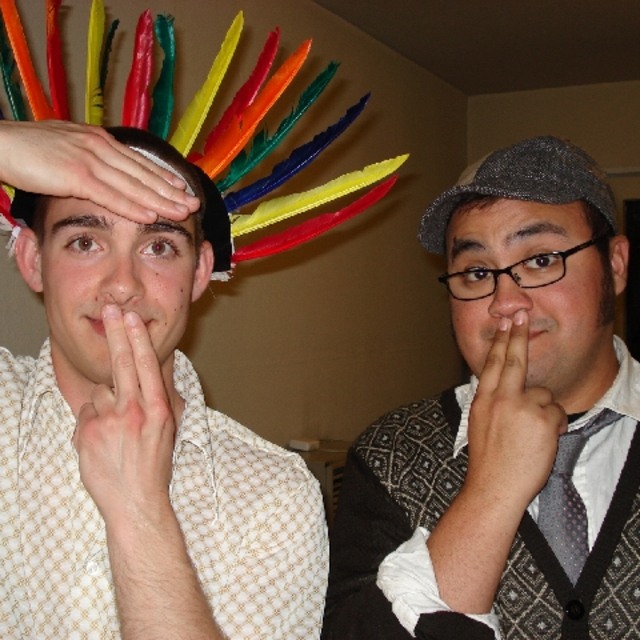 Zombie Morita was formed in April of 2006 in the middle room of the Hampshire College dining commons.

Months before, master chef, Scott Drapeau, was wooed by the amazing Spanish guitar stylings of master dishwasher, Feliks Garcia. Feliks was awestruck by Scott's super-fast shredding ability, as well as his creative time signatures and nice ass. They both realized that they shared guitar talents as well as taste in music--not to mention an affinity for impersonating the mentally challenged. It was a match made in Heaven, whether or not Scott or Feliks actually believed in such a ridiculous place. The project was originally supposed to be prog-metal played on nylon string classical guitars; in fact, their first show was performed as such. After almost a year long hiatus, Scott and Feliks reunited in the dungeon of their 2 bedroom, 1 bathroom apartment in sunny San Francisco where they shifted the project, utilizing the awesome power of electricity! In June 2007, Scott and Feliks traveled through the decrepit pits of craigslist and emerged with their drummer, Clitty Bob Powers. Zombie Morita is near completion, however, they are still in search of a vocalist!

Zombie Morita is best described as happy, dancy, kick you in the teeth metal.

Screen name:
zombiemorita
Member since:
Jun 21 2007
Active over 1 month ago
Level of commitment:
Touring
Years together:
1
Tend to practice:
More than 3 times per week
Age:
37 years