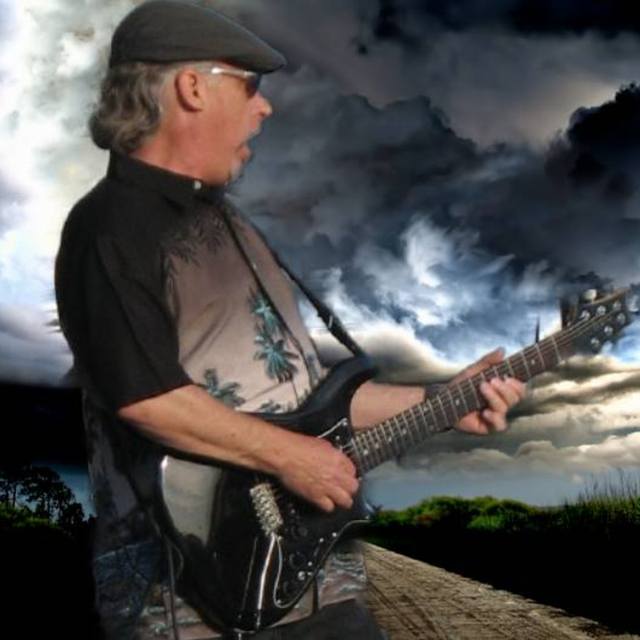 Born in Flint, Michigan USA, songwriter and guitar slinger, Matt "the axxmann" MacDermaid has always known what it means to live and love music. He started playing guitar at ten years old and it was then that a local music store owner gave him his moniker, The Axxmann. Within a very short time, he formed his own band "The Inevitable's", and when the lineup was complete they played their first gig. Though he thought they were playing rock n roll, The Axxmann later would understand that playing music from The Yardbirds, The Animals and John Mayall's Bluesbreakers was really his introduction into Rockin Blues. "I still remember the rush of that very first show. Playing rock and roll of the sixties was a gas, but it didn't take long before I knew that soulful rockin guitar sound was what I love."

The Axxmann has written performed and produced a few different styles of music during his 52 years in the business, but he has always known the Rockin Blues sound was deep in his up-bringing - going back to running the streets of Flint, Michigan looking for girls and trouble, guitar always in hand.

The Axxmann even played in an early Punk band in the 70's called CRANK! "What a blast that was" he says.

After his short tenure as one of the founding members of Argentucky Blues and The Motor City Injectors, The Axxmann released his first cd in 2012 titled Bea B and the Axxmann, Born With The Blues (M Mac Blue Music Publishing) with an incredible vocalist, Bea Bahr.

In January 2017, The Axxmann released his second cd. A mixture of different types of music, No Fancy Cover was his first solo cd and it really allowed him to grow as a songwriter and musician. He is also still writing music for TV and Movies with Crazy Boy, and releasing new singles all the time. The Axxmann also continues to write and record with other musicians in the Country, Rock and Blues Genres.

All The Axxmann's guitar tracks on this site (except live ones) were recorded in his studio, if you have a need for a guitar track please contact him at....ihaveguitarwilltravel@gmail.com. He can send them out in many formats.

The Axxmanns preferred tools of the trade include many guitars including PRS original EG4,limited production Fender Stratocaster and a custom built Tele, "I play slide with my 64 Gibson Melody Maker and a Gold Top Les Paul", for more Jazzy he plays a ES335 Dot Neck. Acoustics are a 67 Gibson Hummingbird and a 74 Alvarez Jumbo (lawsuit model).

Though The Axxmann has many amps, at the moment in the studio he is using a 65 Fender Bandmaster, 76 Fender Twin, Bugera 6262 head, a Blackstar 60 combo, a ISP Technologies Theta head and even and old West built in his home town of Flint, Michigan. All plug into his Soldano 2x12 speaker cabinet, 4 x 12 Marshall or a Fender Bandmaster 2 x 12 speaker cabinet with period correct Altec Lansing speakers.

The Axxmann, either wrote/co-wrote and or played lead guitar on every song on this site.

Thank You! Your transaction was successful.