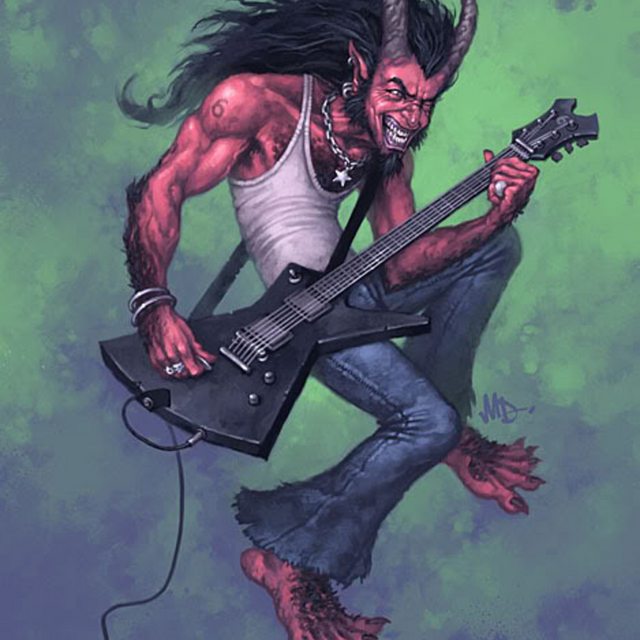 I've been playing music since i was 12. I started out as a drummer and was in a few bands as a drummer when i was a teen. I began to play guitar in my early 20s and was in many metal bands over the years. From the mid 1990s through the mid 2000s i was a lead singer bass player in a working metal band out of Norfolk connecticut playing mostly Pantera and Metallica Covers with an album of original material. These days i live in Palenville NY and jam with a drummer up in Roundtop NY, we play mostly metal and rock from new to classic era. We're seeking a committed lead singer to go out and do gigs, have fun and make a little money and write some original songs along the way.call me or leave a message anytime at five one eight, six seven eight, one zero five four.

Myself i'm a metal head, always have been always will be, Influences are so many it's impossible to list but some of my tops i guess would be, Black sabbath, Iron maiden, Judas Priest, Kiss, Led zeppelin all he major 80s hair bands, Godsmack, Metallica, Pantera, Dio, Pink floyd, Shinedown, Lamb of god, Guns n Roses, Mudvayne, Hellyeah, Kid rock, Evanescence, Halestorm, Arch Enemy, Pretty Reckless, The Butcher babies, Trivium, Texas Hippie Coalition, and so on and so on, you get the picture, yeah metal head lol Call me or leave a message anytime at five one eight, six seven eight, one zero five four.