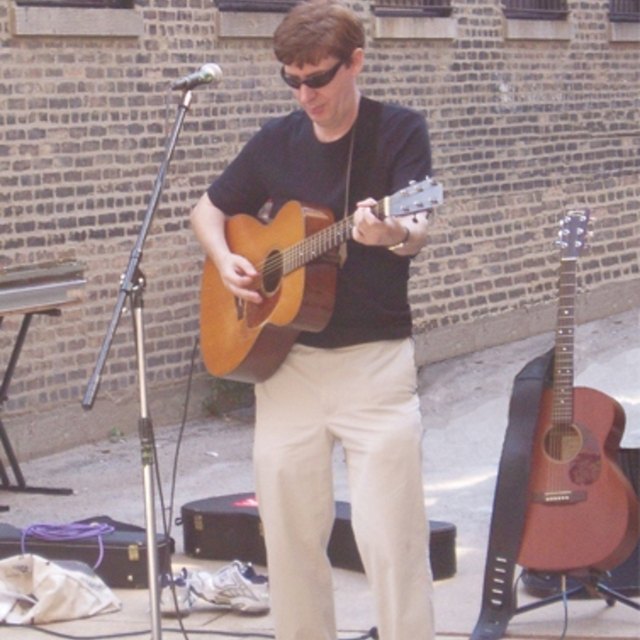 Update 2019 !! - Kindward the Band has just release their debut EP of 4 songs that will help Launch the new Awesome Social Network "Kindward" (moving kindness forward). Worldwide Launch will be April of this year.

. Please check out our music and let us know if you are interested.
Peace,
John

Now here is my personal Bio:

John has been playing music for the past 25 years. He has logged over 500 stage performances as a solo act as well as with multiple bands and performing acts.
As an acoustic solo entertainer, he has performed at corporate events, clubs, private functions, weddings, bars, coffee houses and on college campuses.

A strong singer/guitarist, John reads his audience well, playing songs that appeal to their hearts, memories and energy. He has performed in and led local pop/rock bands throughout the years, including Remote Control, Asphalt Rockers, Private Affair and Vision Day.

While with Vision Day in 2009, John signed a development contract to Interscope Records. Performance reviews appeared in Chicago Tribune, Chicago Sun Times and radio station WXRT. In 2010, XRT featured Vision Day as one of Chicago's best undiscovered band of the year.

As a solo performer, John is working with Mary Monica and other booking agents along with gigmasters talent representation. Playing classic acoustic/pop/rock standards is dazzling to audiences, whether performing at a corporate event, club, festival or private affair.

John is currently working on a solo CD of original music; a mix of pop/rock. He is also working as a music publisher and contract producer.

Screen name:
Crooner100
Member since:
May 13 2017
Active over 1 month ago
Level of commitment:
Very Committed
Years playing music:
25
Gigs played:
Over 100
Tend to practice:
More than 3 times per week
Most available:
Nights