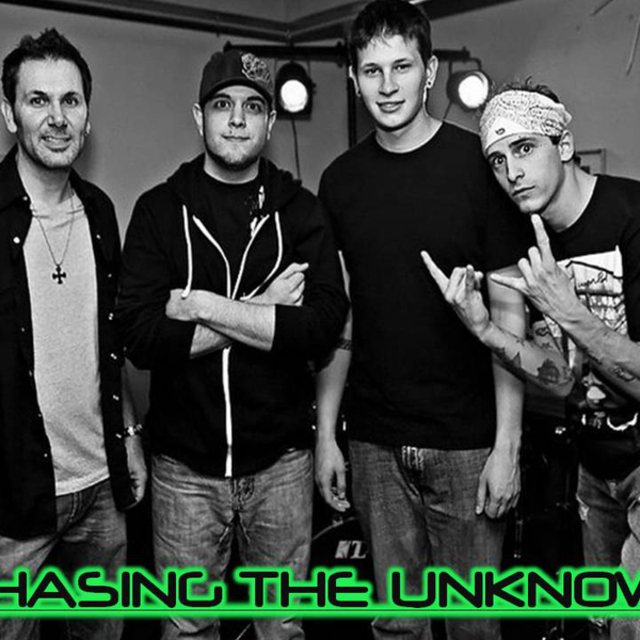 Inspired by the innovative styles of Pink Floyd and the grungy riffs of Pearl Jam, the Lebanon-based trio Chasing the Unknown formed in early 2010 with a driving, melodic, alternative rock sound. Comprising friends Trevor Hartmann (vocals, guitar), Casey Binner (bass), and Mitch Flickinger (drums), Recently picking up the missing link Terry White on lead guitar, the band began playing local bars, which quickly led to bookings at clubs in the Hershey, Reading, and Harrisburg area. Combining a parallel vision with deftness started the search for an escape from the dreary one directional town they have all grown to despise. Although the sound draws on grunge and hard rock, the group has been acclaimed for lyrics and vocals that mean something to listeners. In April 2010, Chasing the Unknown recorded their first EP at Studio 121. Propelled by the single “Run Away” which has been featured on mainstream rock radio station 105.7 the X, the group has developed a new found energy and level of optimism that has replaced the internal distress of the past. Chasing the Unknown recently shared their aptitude on stage with bands Smile Empty Soul, Soil, and Black Sunshine at the Silo in Reading, Pa. Just recently CTU had a very succesful show at the Hershey Theater with over 1,000 in attendance, and continue climbing up the ladder of success. As the writing continues and the faces are rocked, the members of Chasing the Unknown will look forward to their rise in the music industry.