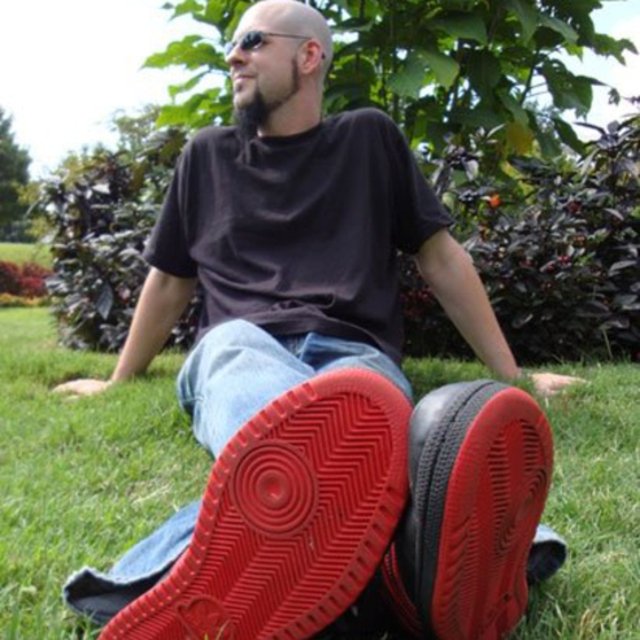 D A Karkos -- vocalist, songwriter, producer, guitarist, bassist and self-contained recording entity -- sharpened his chops on NYC's unforgiving rock scene in the Aughties and late 90s, as lead singer and rhythm guitarist for the bands One and Bully. It was during this period that his style was forged, an amalgam of the sludgy, Zeppelin-sized riffery of Queens of the Stone Age and Soundgargen and the vocal virtuosity (and, let's not forget, soul) inspired by heroes dUg Pinnick of King's X, Fishbone's Angelo Moore, and Bad Company's Paul Rodgers.

On the side, however, he acquired a love for (and mastery of) country blues finger style guitar, and expanded his songwriting acumen by doing soundtrack work for J King Films, audio branding for Melanie Clark Communications, and collaborating with other songwriters.

Black-N-Blues, the smoky, pitch-dark collaboration with his brother Virus (of the band Dope), showcases a subtler shade of his Bully persona, sounding like an after-hours party at Alice In Chains's house; his vocal work on Paul Apostoly's track "Ritual", meanwhile, takes him in the opposite direction, where he comfortably performs in an ambient dance setting.

From his base of operations in Nashville (Underdog Studio), Karkos has been demo-ing a variety of material both on his own and in collaboration with others; he co-wrote "This Town" with Michael Rhodes (a track which features the vocal of popular Mercury Nashville recording artist, Julie Roberts). He continues to collaborate with his former bandmate in Bully/One, drummer/singer/multi-instrumentalist Matt Farley (a haunting tune called "The Golden Age of Colder Days" surfaced in late 2011 to provide evidence of their still-potent creative partnership). There have been other interesting pieces of the tapestry -- just-for-fun metal collaborations with New Yorker Andee Blacksugar (Black Sugar Transmission, Acey Slade & the Dark Party), and some inspired solo recordings of cover songs (Michael Jackson's "Billie Jean", Moke's "My Degeneration", Fleetwood Mac's "Big Love" and "Never Goin' Back Again"). His stylized re-toolings of Squeeze's "Hesitation (Rool Britannia)" and Toy Love's "Death Rehearsal" have both found places on tribute albums. He even finds time to record with his girlfriend Shayna.

After relocating to Nashville in late 2010 (following in Farley's footsteps), Karkos immediately struck up a songwriting relationship with the gifted, gravelly-voiced John Corabi (The Scream, Motley Crue, Union). Karkos's writing, singing, and guitar playing can be heard on Corabiâ€™s "UNPLUGGED" record newly released on Rat Pak Records. Karkos also soley produced the album which is getting nothing but 5 star reviews. Check out "If I Had a Dime" to hear the Karkos/Corabi songwriting synergy in action. Karkos will be joining Corabi on his 2013 tour in support of the new release.

D A enjoys working with one of his idols, drummer Jerry Gaskill, of the legendary Texas rock trio King's X. In 2005, Karkos was guitarist and backing vocalist for the skinsman-turned-frontman's well-received solo performances on the East Coast , and became songwriting foil and producer afterward. He helped Jerry write and arrange the song "Julie", which appeared on King's X's fifteenth album. The Karkos/Gaskill partnership will bear further creative fruit in a 2013 album on EMMJAM records; the sessions begin in January as they will track drums for their record with legendary producer, Michael Wagener.

If you look at D.A. Karkos's body of work, you might be surprised to hear a smattering of style that runs the gamut from bludgeoning heavy metal thunder to Beatles-inspired melodicism to understated bluesy acoustic delicacy. It's not surprising to find that his influences fall into no predictable pattern, including Fleetwood Mac, Tom Waits, James Taylor, King's X, The Beatles, and Nirvana. After being wowed by the man's incredibly accomplished singing and overall musical focus, you may come away thinking that D A's best skill is actually his versatility, his ability to be the producer, the artist, or the multi-intrumentalist, his open-mindedness, and his wide-ranging appetite for music.