Have groove Will travel + Musician in Staten Island, NY 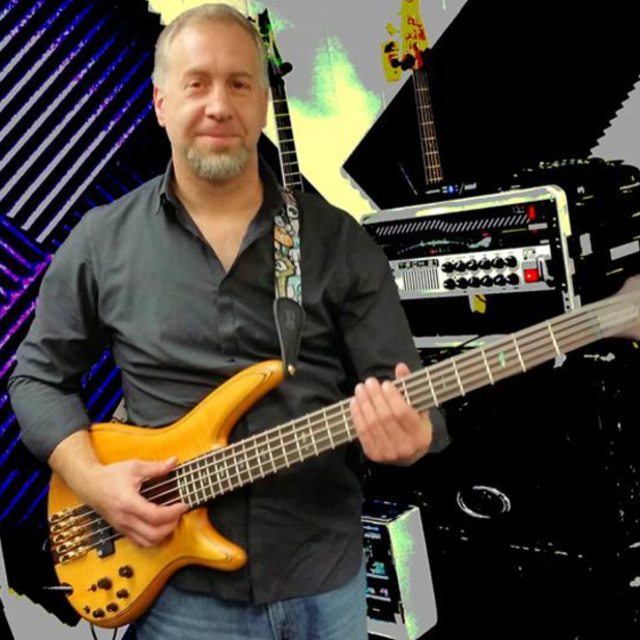 Geometry of Love (Copyright 2014, Beyond Tomorrow)

I have been a performing musician since the 4th grade when I was the tuba player for my school band. Along the way I added trombone and soon became proficient playing in various local community and school bands, orchestras and ensembles. In 1981, as a high school senior, I was invited to play in the Wagner College Concert band and a year later attended that school as a music major after being awarded a scholarship.

While immersed in my studies, I soon became interested in the bass shortly after buying RUSH's Moving Pictures album. A polite obsession soon ensued. With the world of progressive rock, fusion and classic rock opened to me, I began to soak up the influences. I began the cover/original band Cheap Day Return with my brother Paul, endeavoring to write original material in the vein of my heroes, namely- RUSH, Jethro Tull, Yes, The Police, ELP, etc.

Presently, I am involved in completing a 3 volume 25th Anniversary recording project with my original progressive band Generator (.bandmix/generator-ny), while contributing to several outside prog, pop & rock recording and performing projects. I gig regularly with my Kindie band Rock-a-silly in and around the Tristate area.
I am available to contribute in a permanent or temporary capacity to your project be it Rock/Prog/Tribute, R&B/Motown/Funk/Dance or Wedding/Corporate. I have an extensive repertoire that lets me jump right in! I read music and charts, have a good ear and can pick up a tune quickly. I also have impeccable writing and compositional skills which can be an asset to your original project.
All inquiries and projects will be given equal consideration.

Please feel free to contact me: blukomet ya who com