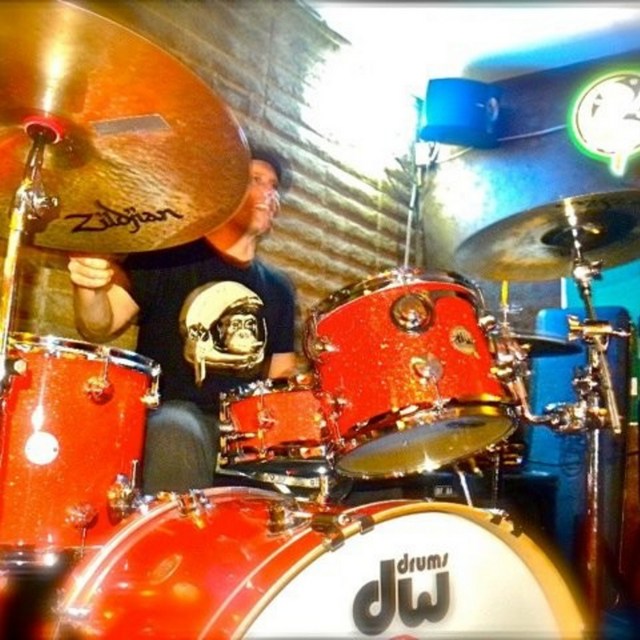 I’m a versatile drummer with over 30 years experience of gigs, recording, and van touring. I cut my teeth in the hard rock scene for many years, before branching out into all of the other styles I love, such as Soul-Jazz, Funk, Latin and Afrobeat.

In addition to drumming, I am a graphic designer by trade, and have created various CD covers/packaging, posters, and websites for all the bands I've played in.