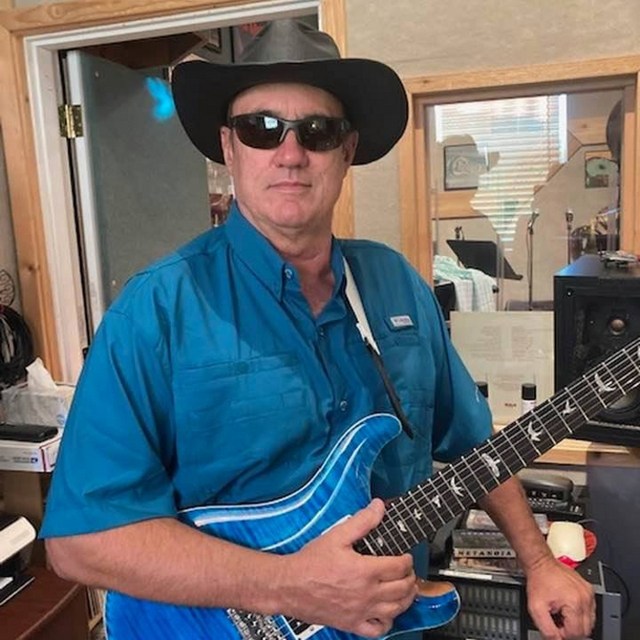 You can also find me as Worship Pastor Charlie or worship leader Charlie on Bandmix and Facebook.
As the band leader and founder of PRB I have put PRB in a holding pattern since COVID 19 and since show venues have also been on hold. I am considering to reform the band if the right conditions and opportunities present themselves. Keep checking with me so I can determine if there is a desire and need out there in the music world to start up again. It has to be fun, no drama queens and no pie in the sky unobtainable expectations. Rock stars are far and few. "Plane Rock Band" - Began in 2008 originally a Classic Rock band started doing Elvis Tribute shows between 2012 to 2016. As of 2017 We went BACK TO OUR CLASSIC ROCK ROOTS as a 10 PIECE BAND. Check out our websites www.digisonic.net for Digisonic Recording Studio, www.planerockband.com for our classic rock band and www.facebook.com/planerockband, also PRB & The Graceland Horn section on Facebook. For more info call 352-470-2238 or email planerockbandocala@gmail.com

Plane Rock Band occasionally toured throughout Florida and Southern Georgia of the United states and is supported by our own stage, sound and light production team with ample FOH and monitoring gear, We are based out of Ocala, FL. Plane Rock Band is a 70s Classic rock band that also paid tribute for some of our country's top Elvis Tribute artists. PRB includes a 3 piece horn section comprised of Trumpet, sax and trombone. Plane Rock Band is a show band and tries to stay clear of coming across as another cover band. Plane Rock has entertained thousands of people in The Villages, Top of The World, Daytona Beach Bandshell Shoppes & Theaters, Ocala Pumpkin Run, Subaru of Ocala, venues in South Florida such as Miramar Cultural Center, Ft Myers Barbara B Mann Performing Arts Hall and Times Union in Jacksonville, FL and the Sharon L. Morse Theater in The Villages in addition to private parties at Leeward Air Ranch and Jumbolair (home of John Travolta). The year 2020 gave the world COVID and the band shut down. Since then we have not been performing.
Our classic rock shows pay tribute to Eric Clapton, Etta James, Tina Turner, Chicago, Doobie Bros, Tom Petty, Ides of March, Bob Seger, Ray Charles, Janis Joplin, Santana, Phil Collins and so many more.
NOTE: Our concert date Schedule on the website is not up to date.

Charlie can be reached at...352foursevenzero2238

As far as influences go: We would like to thank John McFee and Pat Simmons from the Doobie Brothers for personally signing our band picture. Our other major influences are Eric Clapton, Chicago, Lynyrd Skynyrd and Santana.

Not sure about the future for large show bands post COVID, yet TBD or possibly its time we individually might look to join other bands and the remaining members
As far as former members go, since the band is over 10 years old, the member list is long but each one has remained friends with us over the years after leaving to either pursue other interests or because they moved away from Florida, our home state.

Fund Raiser for the Critter Creek Sanctuary in Gainesville, FL. Plane Rock Band "PRB" will be performing on stage from 5:30 PM to 6:30 PM.

The first half of the night was a Polka Oktoberfest dance contest then Plane Rock Band put on their 60 and 70s ninety minute Classic Rock Show with their 10 piece band including their powerful horn section. The Chicago tribute "ROCKed the House"

Performed from 2014 to 2016 for several national Elvis Tribute show at Sharon L. Morse Theater in The Villages, On Top Of The world Circle Square Commons Cultural Center, Barbara B Mann Theater in Ft Myers and in Jacksonville Theater of the Performing Arts, Miramar Cultural Center in South Florida.

Wedding on the North Central West coast of Florida

This event is open to the public, Great barbecue food, games for the kids, bounce house, Live music and open Flea market. Band plays from 4 PM to 6 PM. Location is on the corner of Baseline RD HWY 35 and 85th Lane in S.E. Ocala

7 Pm to 10 PM at the Gazebo, outdoor dancing

Still working on the details for a concert in The Villages to help raise money for The Moffitt Cancer Center.

Still working on the details for another Ocala Car Show in March 2012 with lots of entertainment. Scheduled for March 9,10,11. We'll be booking other local bands through Digisonic Recording Studio.

Over 3000 classic Cars will be on display at the Ocala Pumpkin Run Car Show. Plane Rock Band, Staggard Strait, The Wisecrackers, Blackwater Creek and Cactus Jack & The Cadillacs will all be performing for a crowd up to 40,000 poeple over this 3 day event at Castro Farms in Ocala from October 28th to October 30th. Plane Rock Band is performing Fridat at 10 AM and Saturday at 2 PM.

More information will become available as we get closer to the concert dates.