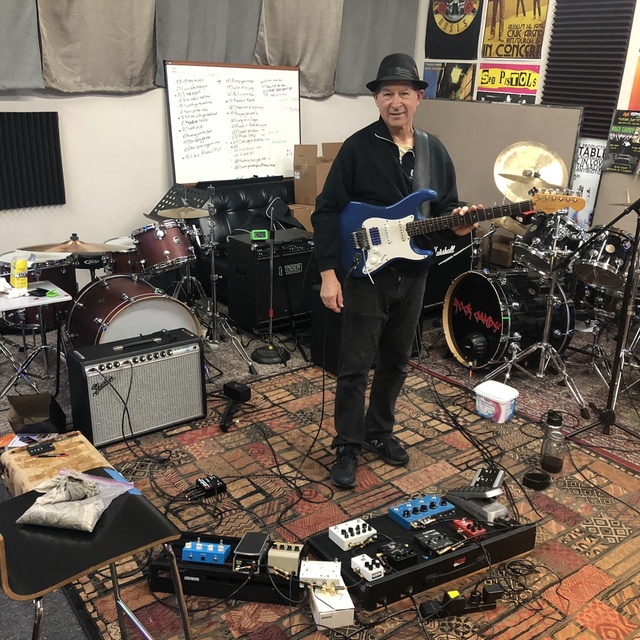 PRO GUITARIST LOOKING
Pro progressive/Fusion guitarist with extensive experience with projects/bands/Gigs looking for collaborators to write and play original, soulful, fun and challenging music. This could a band/singer/another guitarist/keyboard player/bass player or drummer. After 40 years experience I know one thing for sure without chemistry you have a Fatally doomed project. So despite all odds I am attempting to assemble a group of people with the elusive musical magic called chemistry.

I have professional equipment with varied great tone.Presently working with trio but looking to branch out. all musical territories considered. Heavily influenced by funk and progressive guitarists an interesting blend.
check out Wayne Krantz as an example!

You can find some clips of me on sound cloud and Dropbox.
Here is the link for

Manic ascension... This is nothing more than an exploratory Jam gives you ideas about one facet of our interest in exploring through a jam.

A blue mood...... Another entirely different mood but just a snippet from a jam

Astral plain funk.... This is a basic rhythm track almost just a Jam on an original tune that would have vocals and other instrumentation. This is nothing more than A rehearsal take recorded with a handheld Tascam

Date of departure....same story as above. original tune Missing a lot of tracks,vocals And instruments that would be in the final production.

This gives you some idea of where I am coming from but not totally since I am always a work in progress.

DROP BOX LINK Here you will find other styles of music that I have played.
They are mediocre recording‘s but you can get a sense of my playing in a more structured formant

I use the fender as a clean non-effected sound. Blended in with the Mesa boogie which can be used in a much more driven sound with effects. Both control by volume pedals for blend