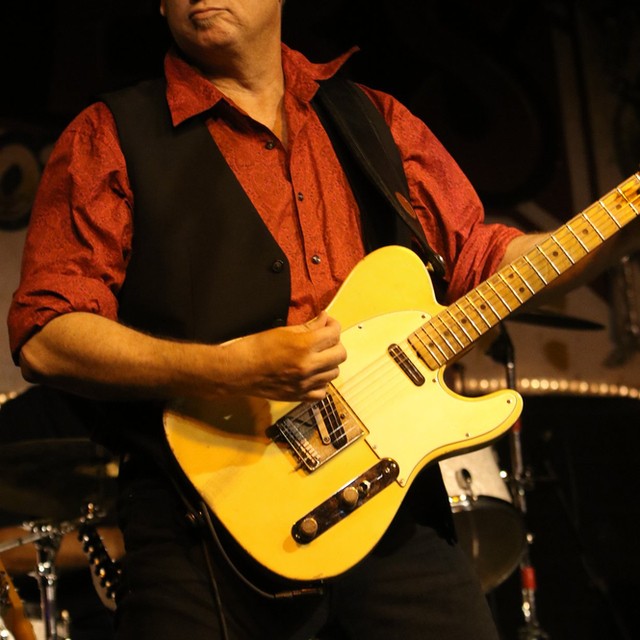 As a well-established band of mine winds up a 15-year run, I’m open to new projects…what’cha got? Ideal situation would be playing guitar with a male or female singer-songwriter as part of a working band that mixes originals with covers as needed and desired, with said covers given new life through rearrangement and reinterpretation. I’d be equally satisfied either being simply a sideman or with a more active role as musical director/bandleader. In addition to the requisite personal gear (a varied selection of Telecaster-shaped objects, pedals out the wazoo, and a bevy of Fender brand amplification products), I have PA suitable for most local gigging (QSC, Mackie) needs that doubles as a 16-track mobile recording rig, mixing in Logic Pro.
• • • • • • • • • • • • • • • • • • • • • • •
Here’s a 30-minute video shot a couple of years ago at Skipper’s Smokehouse for WMNF’s Rockabilly Ruckus, performing a tribute to Loretta Lynn with the Sara Rose Band:
s://.be/1K8VvQaNYUU

Performing in the BLues Kitchen (the restaurant), 10pm to 1am.

Playing our power lounge for the clothing optional crowd.

Performing Side Two of Abbey Road inbetween screenings of A Hard Day's Night at the Beach Theatre on St. Pete Beach, FL. Truly a fab thing.