Anoavi + Band in Portland, OR 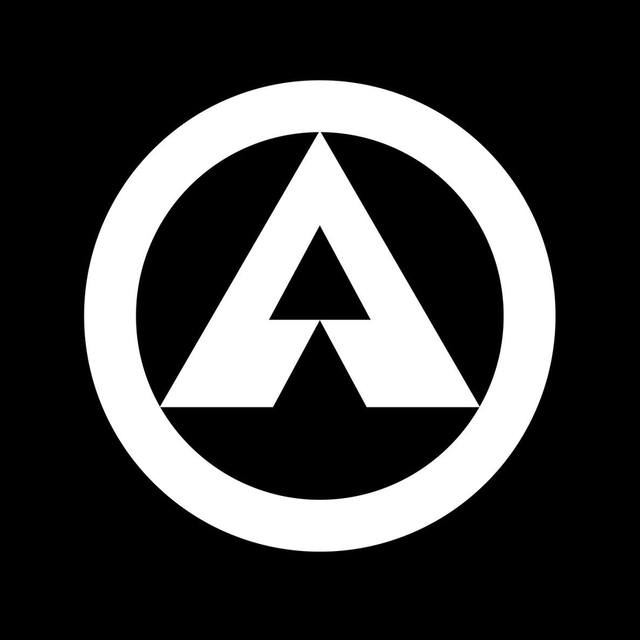 I'm excited to write this because I finally have the reason to sincerely ask you something that I've been waiting a long time to ask people—will you join my band?

I've recently put together a plan to start busking this summer (maybe by this September!) as a band. Included in this message is a diagram of the stage set and the current setup I have for the keys. As you can see, I've done a lot of preplanning to get this on a tangible road.

The Band
I'd be the lead singer and rhythm guitarist of the band. As well as the director. I'm currently looking for a bassist, lead guitarist, a keyboardist/DJ, and a drummer with their own gear. It's a five-piece band, modeled after some of my favorite bands that have proven to be successful.

The Band Name
"Anoavi" is the band name. It's a play on letters from the word "anoesis." (consciousness that is pure passive receptiveness without understanding or intellectual organization of the materials presented.)

The Genre
I'm thinking Alternative Rock. You judge for yourself with the included song "Lost Cause" in this profile.

The Songs
I have 12+ songs with some of them kind of finished, with others still having a little ways to go. I've released a single so far—"Lost Cause." I know it would be hard to care about a song unless you wrote a part for it and proud to not only play it but to say that you wrote it. That's why I am open to you bringing your ideas to these songs, even if it changes my original perspective of the song. I want you to feel invested and feel like you are cared for too.

I produce, record, and master my own work like I did with my single release. I have years of experience doing this, so at least to get a solid foundation with our first album, I'll do a lot of the heavy lifting. Maybe eventually we'll get another producer that will help us as we grow.

Some of these are songs that I've been working on since 2010, and I'm excited to use these as the foundation of this band. I'm copying Dave Grohl from when he decided to make the Foo Fighters. Except, I'm welcoming you in before the first album is produced to get your input!

The Album
"Convalescence" is the name of the album. And at the risk of sounding cliche, yes, it has a profound personal meaning. Basically, it's about getting over an ex and the stresses induced by the breakup.

The Creative Process
I'm hoping to make each band member's role crucial to the production of a song. Meaning, if there's a lead guitarist part, it's up to the lead guitarist to compose that part. With, of course, a potential constructive critique afterward from me and the rest of the band. However, as the director, with the provided input, I'll make the necessary choices to make decisions to keep moving forward on the progression of the songs.

The Creation Schedule
As far as the scheduling goes, I'd like to make every Sunday or Saturday our band meetup. These days will be used to record parts that people have come up with throughout the week, with everyone in the room so the other members can give their constructive criticism afterward. Sundays or Saturdays would also be a perfect opportunity to try to play the songs together as a band in a 'live setting.' Playing together will help us gear up for our live performances which is crucial to nail. I might be available some nights during the week too.

The Practice Space
We can practice at my apartment on Saturday or Sunday without drums since I live in an apartment. There are studios in downtown Portland by Puddletown Studios or Bongo Fury that we can rent around for $350 a month. I'm willing to pay half with the remainder split up by who's in the band. That's cheap rent for a great place to practice with drums 24/7!

There's also going to a nearby park and practicing there during the day with drums. I'll tell you why.

The Shows
My first goal is to play at the waterfront park at least once every weekend during the Saturday Market during the summer on warm, bright days. Not really in the market, but a little bit in the outskirts, but I will be trying to get us in inside the market too.

The ultimate goal for me is Doug Fir. After that, well, let's see how it goes!

But will we have power at the park? Yes. Yes, we will!

The Stage Setup
tinyurl dot com/anoavi-stage
To at least start busking at the waterfront park, I figured out a stage set that would be simple and minimal. At least, for a 5-piece alternative rock band with a full sound. This setup is ampless with the keyboardist/DJ being the mainframe of sound running Logic X and Native Instrument plugins for the mixing and the amps. They will have an 88-key, 25-key, a Presonus audio interface, and a laptop that would run amp emulators, keys sound libraries, monitoring playback, and in the future, it'll run lights/projector for a visual show. And depending on the person I find through this, the gear may change.

Since it's ampless, there are still at least the potential to have digital effect pedals for the lead and rhythm guitarist, and bassist. They will be midi foot controllers that will work with Guitar Rig 5. (If you accept to be in the band, I'll share my Native Instruments Account to install the plugins to get you practicing/recording!) Two 15" PA speakers will be used for our projection.

If the lead guitarist or bassist don't want to go ampless, you're welcome to use a low wattage amp. And I mean low... I'm planning to buy a 1045W battery that will power the whole rig for at least 3 hours. I have a wattage usage device to test your amp to see if it'll be viable. I didn't want to buy a gas powered generator since it would be noisy and the exhaust will make all the Portlanders cringe that we're using fossil fuels to power our rig at the Waterfront Park.

I will like to have at least a lead guitarist and/or bassist that can sing backup vocals. Ideally, both being able to sing with me to have 3 voice harmonies. That would be impressive!

There will also be a headphone amp to feed everyone for monitoring.

The Equipment
To get at least started to do outside busking sets, I made a list of cheap equipment to get things going.

There are things that I will get, but there's also the stuff of what the members should have or will need to purchase for the setup I planned.

The Brand / Marketing
The existence of this band won't be just staying with the members and our friends. I plan to have a solid brand and marketing plan to get known at least locally. I already have started a ( anoavi), ( anoavi), Spotify, Apple Music, and a website (anoavi). I've also implemented a merchandise store too! Once the music keeps getting polished and released, I will be putting in big bucks to promote through social media to get known locally first, buy merchandise to give away, and eventually have our store for fans to buy when we do shows.

It's Only The Beginning
I realize that this may be a lot of information, but I'm ready to make this band happen. I've waited too long to get this going. I want to have fun and create close friendships with people I can also call a band member. It's been a dream of mine since I first picked up a guitar when I was 15. And I hope it's a dream of yours too.

If this is something you can't get into, I understand. But if you are ready to get this band business started, let's do this!

Either way, let me know. I appreciate your time to read and consider my proposition.

I have or will get things for myself and to get at least the basic setup for a busking show.