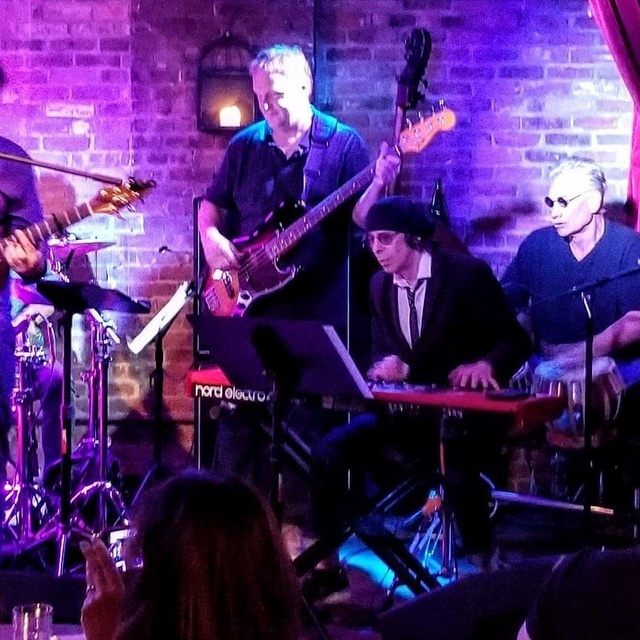 >>> CAREER HIGHLIGHTS <<<
As a Multi-instrumentalist Session Musician, I worked for EMI at Manchester Square studio (UK), and also at Abbey Road, Trident Studios & Olympic Studios; I Toured with The Foundations ("Build Me Up Buttercup" & "Baby, Now That I Found You"); Studied TABLA with Alla Rakha and Alla's son, Zakir :: Additionally biz wise, I've Managed Irene Cara ("Fame" & "Flashdance"); and I also broker Rock & Roll Hall of Fame Artist Catalogues: I sold Jimi Hendrix's 86 song Catalogue to SONY, I also sold Jimi's Classic 'Band of Gypsys' Master ~ of course as a player & big fan of Jimi, I'm fortunate & thrilled to have had the opportunity of representing Jimi's Art! I've also sold many other Rock & Roll Hall of Fame Artists Catalogues.

>>> MY DISTINCTION <<<
Playing TABLA to today's Rock Pop and R&B. I blend TABLA's unique tones & pitches with a "Melodic" approach to Rhythm ~ TABLA is the only percussion instrument in the World with NO conflicting overtones, and TABLA is tuned to the Key of the Song. I look to compliment your artistry, creativity and your musical performance.

>>> TABLA -> IS UNIQUE PERCUSSION <<<
TABLA's approach to rhythm is totally different than how congas, bongos or timbales rhythms are applied..Not only in its sound but in its melodic approach as TABLA follows the Vocal & Melody lines, highlighting & complimenting the Melody percussively using open sustaining and closed tones & pitches within "melodic" rhythm patterns..it's Rhythmic Poetry!!

With TABLA and all musical instruments ~ it's all about sound and tone, and how it complements your sound! Let me take your sound where you've never been before.

TABLA has a beautiful sweet tone & the instrument is capable of producing a variety of distinct, tonal and percussive sounds covering the gamut from low growling inflections to staccato torrential flurries to bell-like tones, to a metal sound harder than Rock!
:->Fyi, TABLA is tuned to the Key of the song and I have TABLA's in all keys.

My goal is to inspire your playing, enhance your creativity, and compliment your sound. Please, only serious inquires, although I'll consider any interesting creative musical situation. The music genres noted above are preferred, ..don't get me wrong, I Love Indian Classical Music, but I play RAWK!!...& Pop Funk Blues R&B:-)

Connect with me at: PolySutra@hotmail.com